Not even triple-digit temperatures&nbsp;can stop Braden and Camryn Palacios from selling lemonade outside.

MESA, Arizona - Two Mesa siblings are braving the heat to sell lemonade. They're not doing it to get something for themselves, but rather to help one of their loved ones in need.

"We hope for people to come by and get lemonade," said Camryn Palacios.

Not even triple-digit temperatures can stop Braden and Camryn Palacios from selling lemonade outside.

That's because the two siblings aren't doing it for themselves, but rather for their 10-year-old cousin Marcelo. The siblings' dad, Christian, says this all started when he saw a family member's tragic post on Facebook and reached out.

"Basically his son has been diagnosed with leukemia and so my kids overheard my conversation with them and my son had this idea of doing a lemonade stand," said Christian Palacios.

Within hours, the two middle schoolers got to work. 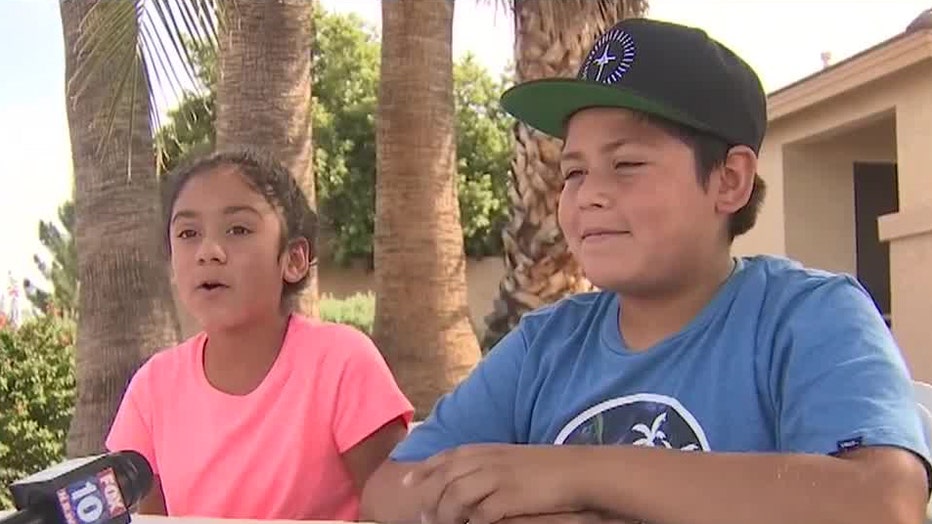 "They made signs, they grabbed paint, they set up all these different ideas," said Christian.

The goal is simple.

"We reach our goal of money by the end of the summer to give him the money," said Braden Palacios.

The two wish to raise $500 for Marcelo saying it's all about Marcelo knowing he's supported. 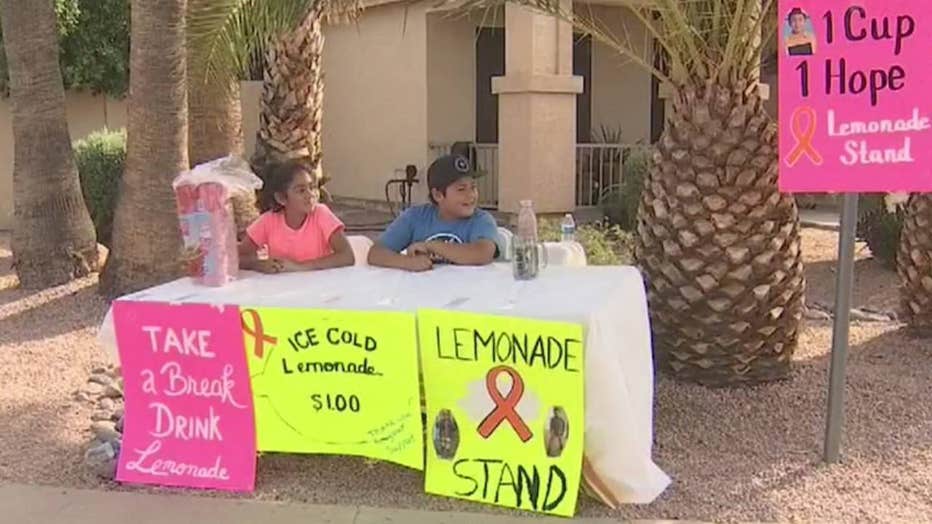 Christian says the whole community has opened their hearts and their wallets to support their goal.

"The whole neighborhood out here they stop by, they get a glass of lemonade, some are so generous they'll give them $20 for just one cup, anything helps, they get very excited when money comes and starts filing up the cup, and they know in the long run what it's for, they're not getting rewarded, they're just doing it out of their hearts," said Christian.

Their father says he couldn't be prouder.

"To be honest, they make me proud, just doing something like this makes me really proud of them and makes me know that I'm doing a great job as a dad as well but for them to take that huge step and organizing this, it says a lot about them," said Christian.

The kids are set up on the corner of Harmony Avenue and Somerset in Mesa. They will be outside every Saturday from 7:00 a.m. to Noon.

A gofundme account has also been established to help Marcelo's family raise funds.