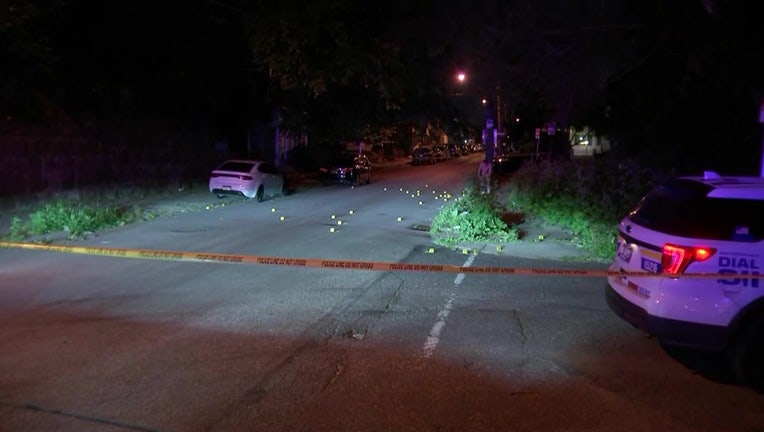 At least 50 fired shell casing were found when police responded to shooting reports on the 4700 block of Northwood Street around 1:14 a.m.

A 25-year-old man was also found shot in the leg lying in front of a car.

All three shooting victims are said to be in stable condition.

The shooting is under investigation, and no motive is known at this time.