Deadly shooting of Filipino lawyer may have been case of mistaken identity, sources say

Law enforcement sources say the shooting death of a lawyer visiting Philadelphia from the Philippians may have been a case of mistaken identity. John Laylo, 35, was fatally shot in the back of the head inside a rideshare car with his mother.

UNIVERSITY CITY - Authorities say a lawyer from the Philippines who was shot to death in a rideshare car last weekend in Philadelphia was the victim of a mistaken target.

John Laylo, 35, and his mother were picked up by an Uber driver in a Nissan near 38th and Spruce streets around 4 a.m. Saturday, according to police. A shooter inside a vehicle behind their car fired through the back windshield, striking Laylo in the back of the head and injuring his mother with broken glass.

FOX 29's Jennifer Joyce reports that law enforcement sources believe the shooter who was inside a Cadillac targeted the wrong Nissan.

No arrests were reported immediately following the deadly shooting and a possible motive was not provided by authorities. FOX 29's Kelly Rule reports that investigators are exploring the idea that the shooting stemmed from a road rage incident. 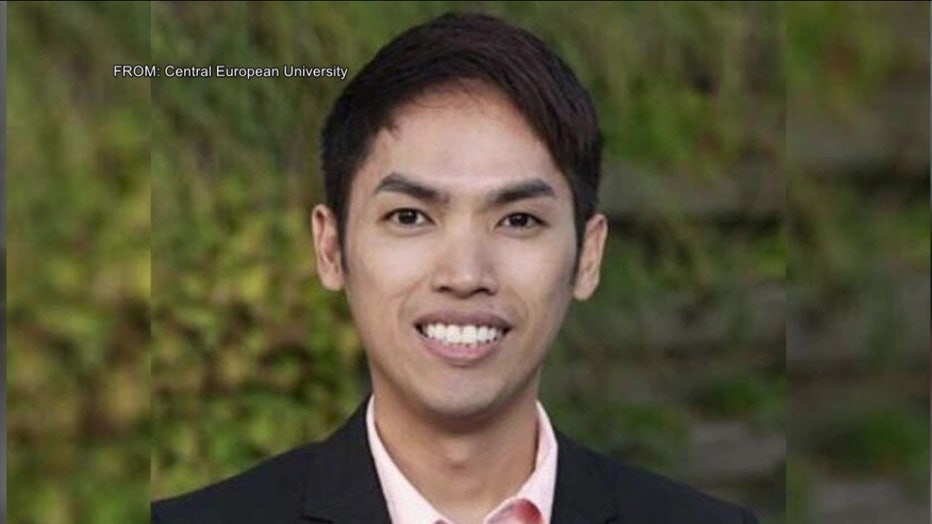 Friends say that Laylo and his mother were on a 30-day trip in America to visit family. They were heading to the airport Saturday to fly to Chicago when the deadly shooting happened.

"It wasn't the kind of thing we would be so concerned about, and it ended up being the thing that took him away from us," said Rene Pilapil Jr, who described Laylo as "an inspiration to so many people."

Philippine Consul General Elmer Cato traveled from New York to the hospital Sunday to be with Laylo's mother.