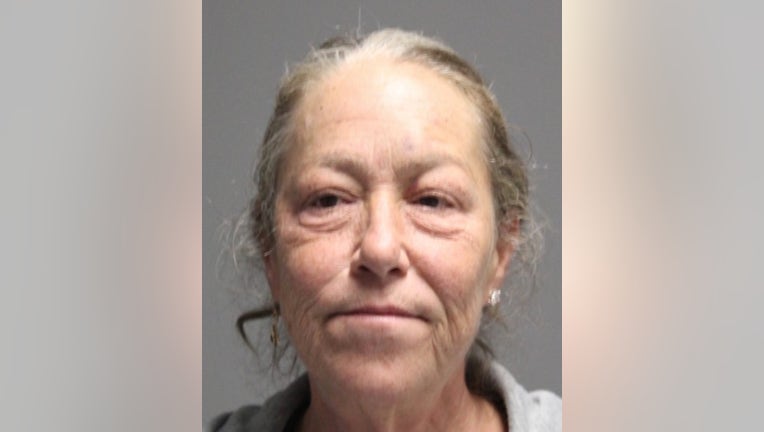 SELBYVILLE, Del. - Delaware State Police have arrested a woman after she reportedly impersonated a police officer on Tuesday.

The incident happened at approximately 1:50 a.m. when troopers responded to Royal Farms in Selbyville for a report of an argument and shoplifting.

An investigation determined that Blake H. Leveton, 50, entered the Royal Farms and began yelling and cursing at two male customers. During the incident, she held up a shiny metal object and told the men that she was a police officer.

Leveton then removed a pink bandana from a sales rack and left the store without paying for it.

State troopers were able to identify Leveton as a suspect and responded to her home where she was taken into custody without incident.

A probable cause search of Leveton was conducted incident to arrest, and two heroin baggies were located on her person.