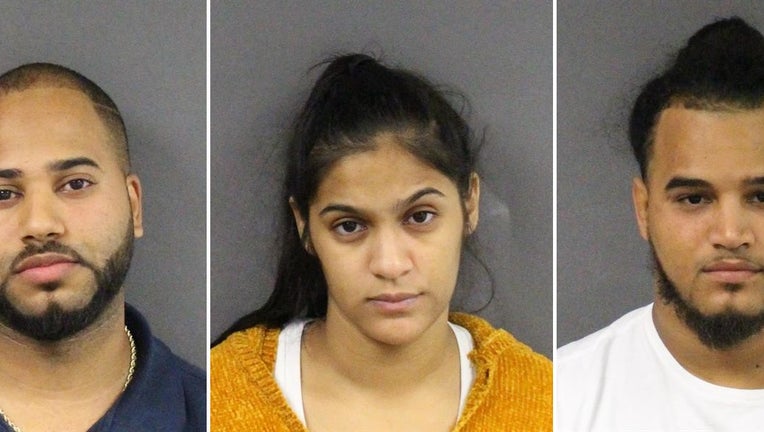 TRENTON - Authorities say three people have been arrested and over $65,000 worth of narcotics has been seized as the result of a two month investigation into a suspected drug ring in Mercer County.

27-year-old Robert Paula, who utilizes the residences, was taken into custody. Kelvin Tavarez-Martinez, 24, and Jennifer Rodriguez, 25, were also arrested as a result of the investigation.

All three have been charged with second-degree narcotics offenses.