‘Back the Blue’ rally held in Northeast Philly

PHILADELPHIA - Dozens of supporters came out for a 'Back the Blue' rally held in Northeast Philly Friday night. Philly Councilman Bobby Henon fired up a crowd at Cottman and Frankford.

"They are our first line of defense in our communities and it’s really really important to show them we have their backs," Bucks County resident Brenda Hecklin told FOX 29's Jennifer Joyce.

Among other young supporters was 2-year-old Jordan, her dad is a Philadelphia police officer. Her grandparents wanted her to be here as they reflected on last week’s shooting in North Philly where police say a gunman opened fire on police—injuring more than half a dozen officers. 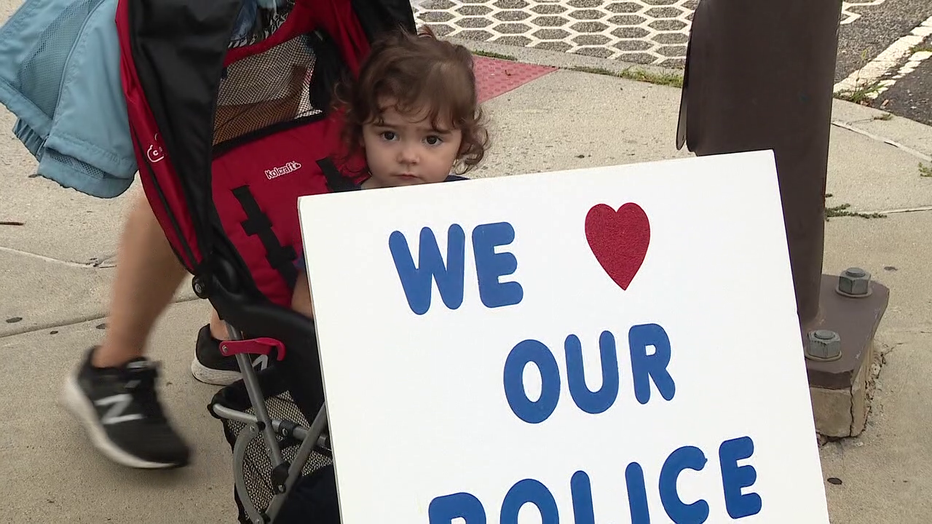 "He was there that day and it was nerve-racking," John Burke said.

Less than a week after the shooting, Philadelphia Police Commissioner Richard Ross resigned from his post amid new allegations of harassment and discrimination within the department.

"We gotta reach out to the people who might not think very highly of us right now and get them on our side, our key or goal," Sgt Brian Hennessey said.

Despite signs, flags, horns, cheers, Sgt. Brian Hennessey, of the 15th Police District, realized what was missing from the event.

"Honestly, like to see a little more diversity that’s partly our problem. We gotta connect with the community a little better and get everybody out here," he said.

Hennessey says he loves his job. And of course, appreciates support today and every day.

"I like being there at their time of need that’s the biggest thing," 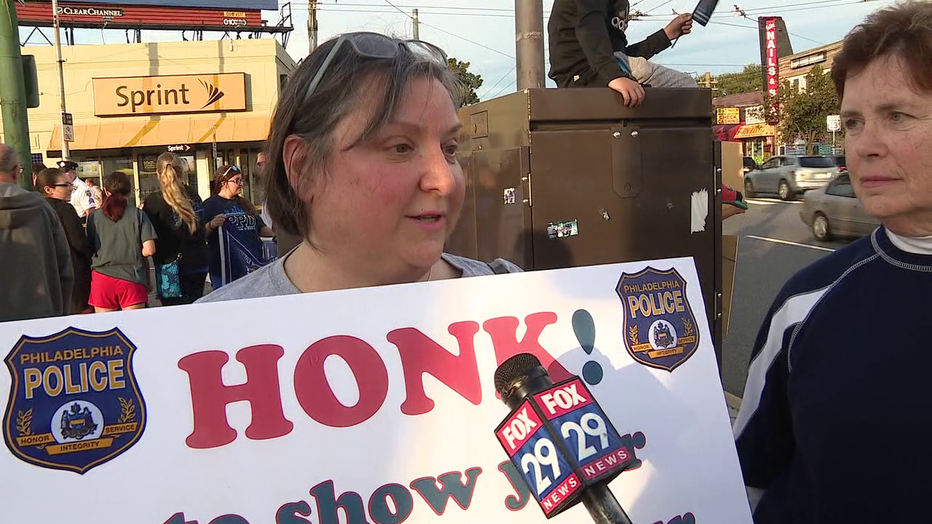