There are three factors that could lead to inflation which include demand-pull inflation, cost-push inflation and built-in inflation.

Ready or not, the start of the new school year is around the corner.

This back-to-school shopping season, parents — particularly in the low to middle income bracket — are focusing on the basics while also trading down to cheaper stores amid surging inflation, which hit a new 40-year high in June. Such financial struggles mark a big difference from a year ago when many low-income shoppers, flush with government stimulus and buoyed by wage increases, spent freely.

A basket of roughly a dozen supply items showed a price increase of nearly 15% on average for this back-to-school season compared with a year ago, according to retail analytics firm DataWeave. The price of backpacks are up nearly 12% to an average of $70, for example.

For parents and caregivers on a tight budget, here are some of this year's best back-to-school deals. 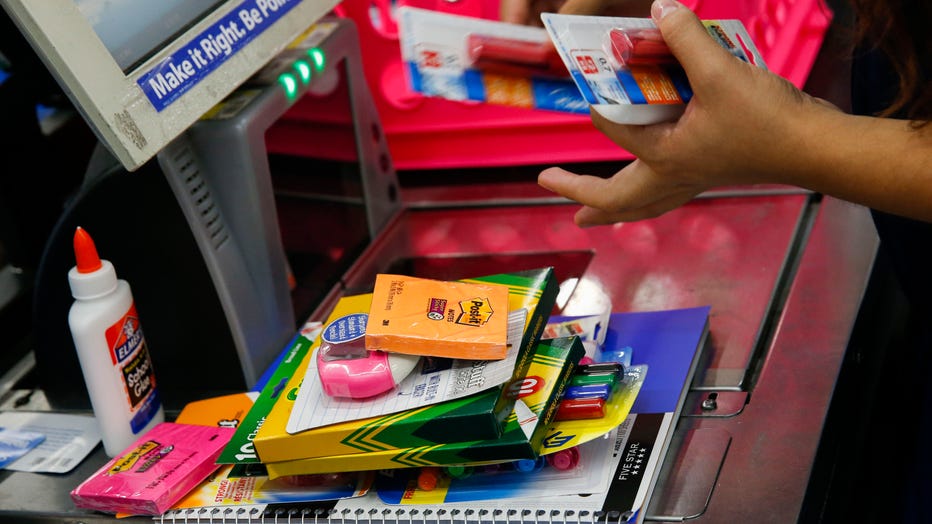 A cashier scans school supplies for a customer at a Wal-Mart Stores Inc. location in the Porter Ranch neighborhood of Los Angeles, California, U.S., on Thursday, August 6, 2015. Photographer: Patrick Fallon/Bloomberg via Getty Images

The nation’s largest retailer is selling school supplies for as little as 25 cents, and more than 100 back-to-school items are priced at under $1. Walmart has a few back-to-school tech items going for under $100, including a Chromebook, headphones and tablet.

Children’s clothing is also on sale, with some clothing items selling for as little as $3.50. 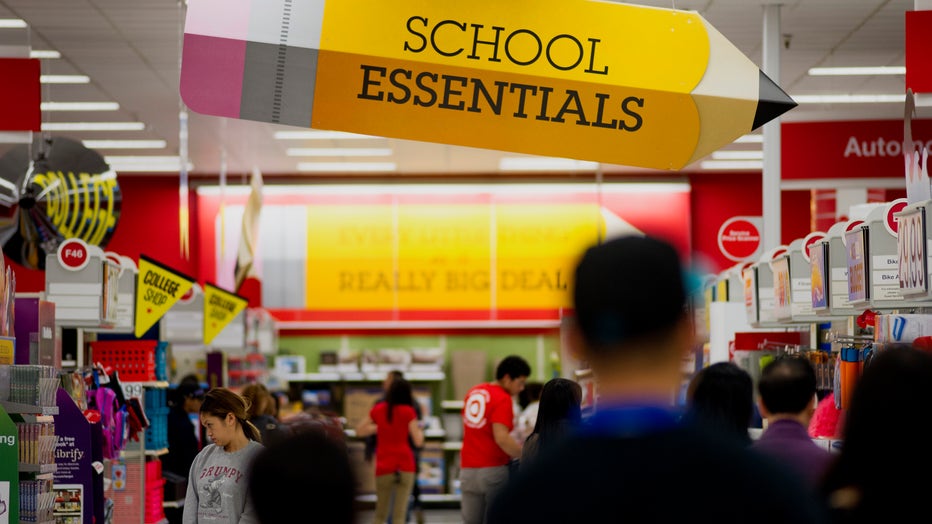 Customers shop for back to school supplies at a Target Corp. store in Colma, California, U.S., Photographer: David Paul Morris/Bloomberg via Getty Images

Supplies like glue sticks and crayons start at 25 cents, with several other items priced at under $1. The company said most back-to-school supplies are under $10. Target is also extending its Teacher Prep Event through Sept. 10,  giving teachers the opportunity to save 15% on school supplies and more. 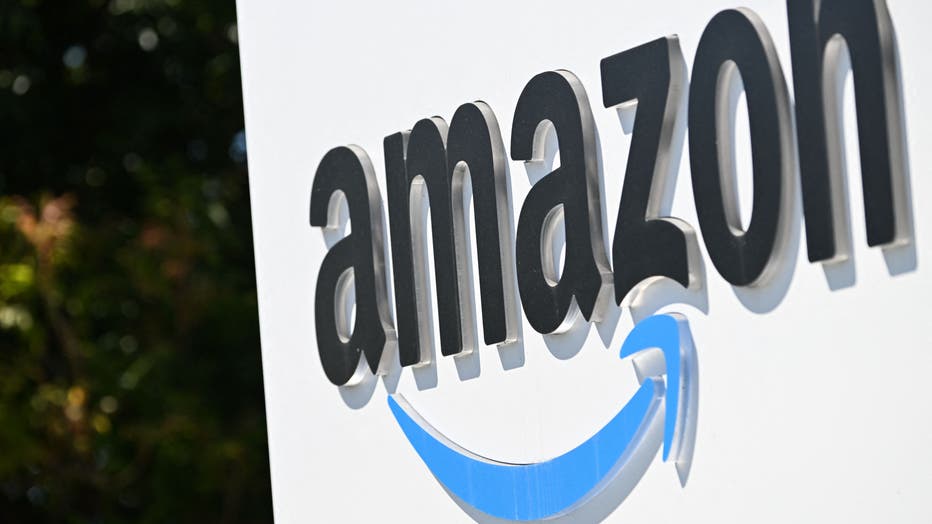 Back-to-school supplies from Amazon Basics are up to 20% off, while some school uniforms are selling for more than 50% off. The online retail giant has Sony earbuds on sale for 25% off and an HP desktop computer on sale for $160 off.

There are also deals on Chromebooks, laptops, pens, pencils, erasers and a slew of other back-to-school items. 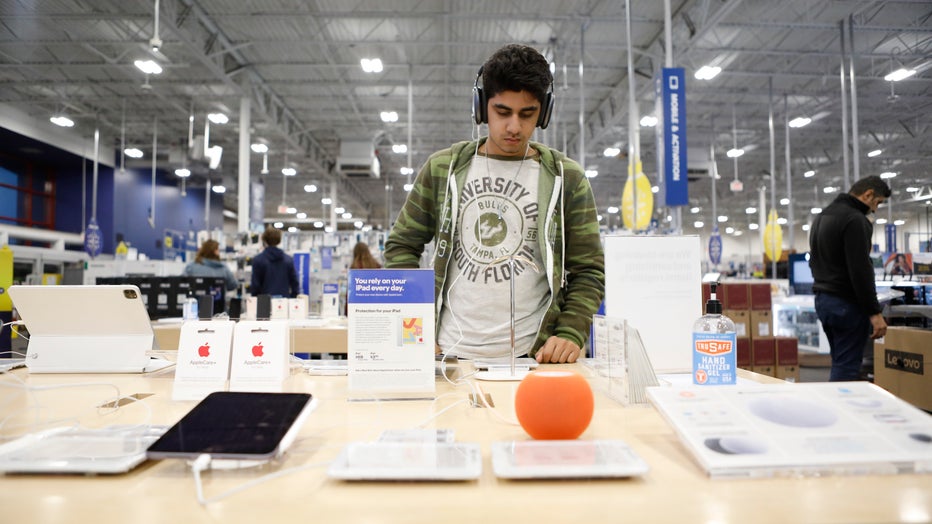 A Best Buy shopper listens to music on an Apple iPad at Best Buy in Tampa, Florida. Photo by Octavio Jones/Getty Images)

Deals from Best Buy include more than 50% off for an Amazon Fire tablet, $40 off the purchase of a Samsung glossy computer monitor and $30 off of a select webcam. Best Buy members can save hundreds of dollars on Macbooks, laptops, tablets and more. 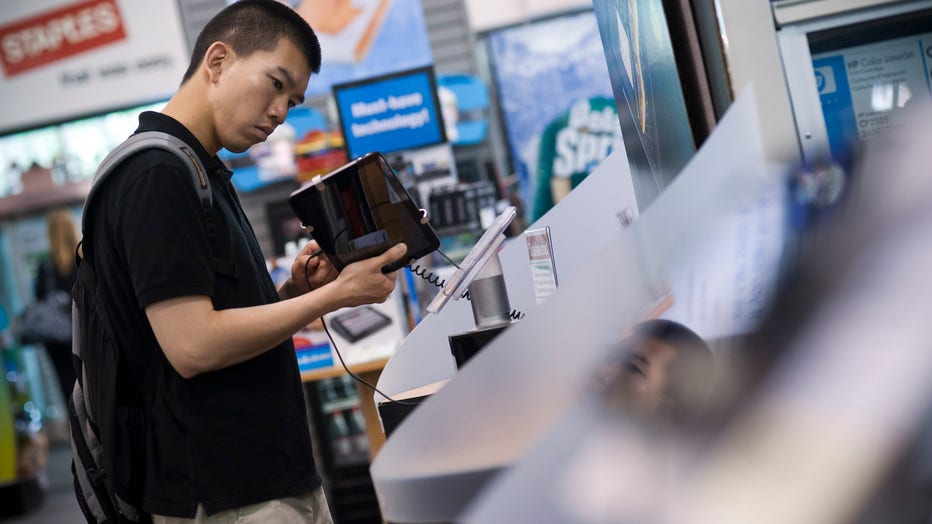 Staples is selling select school supplies like notebooks, sharpeners and glue sticks starting at 50 cents. Products from 3M office supplies are 50% off, and shoppers can get 35% off of select Sharpie, Paper Mate and Expo items. 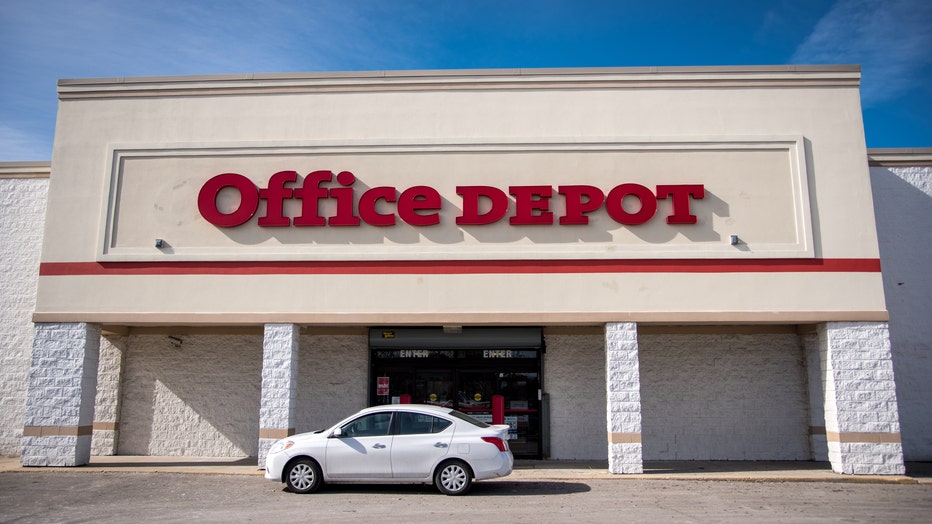 Office Depot’s back-to-school sales include 25% off most backpacks, and up to 60% off of the best-selling school supplies through Saturday, Sept. 10.

Through Saturday, Sept. 24, teachers with an Office Depot/OfficeMax rewards membership can earn 20% back in bonus rewards on a qualifying in-store purchase. Through Saturday, Sept. 10, teachers can get 40% off print services for new classroom posters, student activities and more. To redeem each in-store offer, teachers should present a valid teacher ID, Rewards Member ID and coupon at checkout ().

This story was reported from Seattle. The Associated Press contributed.