A grandmother from Missouri is working with her state representative to create a law that would seek financial restitution from DUI offenders whose actions resulted in the death of a parent or guardian.

A grandmother from Missouri is working with her state representative to create a law that would seek financial restitution from DUI offenders whose actions resulted in the death of a parent or guardian.

Cecilia Williams introduced the idea of Bentley’s law after her son, Cordell Williams, 30, his fiance, Lacey Newton, 25, and their 4-month-old son, Cordell II, were all killed in a DUI crash in April.

The driver of the offending vehicle, David Thurby, was charged with three counts of DWI death of another. His blood-alcohol level was allegedly twice the legal limit, and according to court documents, he told a trooper he'd had "seven shots of Crown and water."

The Missouri State Highway Patrol said Thurby’s vehicle rear-ended the couple’s car, forcing it off the road and into a tree, where it caught fire, the St. Louis Post-Dispatch reported.

A preliminary test revealed that Thurby had a blood-alcohol level of 0.192, more than twice the legal limit, a trooper said in a probable cause statement. 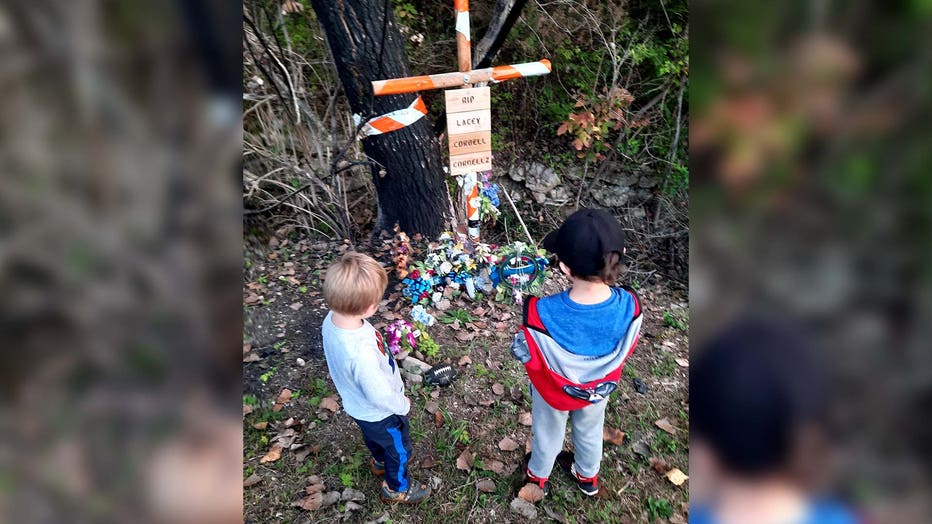 Bentley, 5, and Mason, 3, visiting the site of their parents’ and sibling’s accident site.

Thurby, who suffered minor injuries in the crash, was also charged with four misdemeanors, including possession of marijuana and driving in a reckless manner.

Williams said the accident left her two grandsons, Bentley, 5, and Mason, 3, orphaned and she believes the man who caused the accident should be held financially responsible.

According to Williams, Bentley’s law would have an offender’s wages garnished and sent to the victim’s children or family members.

"I believe with all my heart that this is the one thing that’s going to help make people from being a second or third or fourth offender. Because it seems to be a huge problem everywhere," Williams said.

About 28 people in the United States die in drunk-driving crashes daily, according to the Department of Transportation. 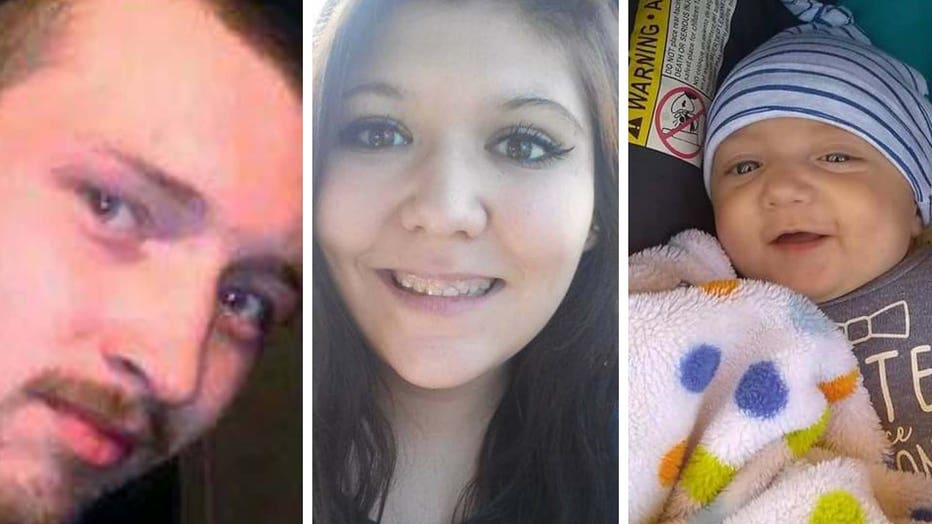 "That's one person every 52 minutes. In 2019, these deaths reached the lowest percentage since 1982 when NHTSA started reporting alcohol data — but still 10,142 people lost their lives," according to the DOT's website.

In Missouri, there is already a statute that makes DUI offenders pay a one-time payment to families of victims, but Bentley’s law would couple with that statute and make the offender provide payment to the victims’ children until they are 18, according to Rep. Mike Henderson, R-Mo.

"The idea is to marry Bentley’s law with the statute and create something that would take care of these kids who were orphaned. I want these kids taken care of," Henderson told FOX TV Stations.

The proposed law is still being tweaked, but Henderson hopes to introduce it sometime in December.

Williams believes that if Bentley’s law becomes a reality, it will motivate people to avoid becoming drunk driving offenders more than once, because in her opinion, some people value their money more than human life.

"And I believe it will teach people. I am not knocking the laws. I do believe they’re flawed, however, I believe that just like anybody else when they’re working to change things, there’s only so far they can go. So they do the best that they can and I truly believe people value money more than they do people’s lives. And when you, and I hate to use this term, but when you’re going to hit them where it hurts the most, it will not only help the victim, it’s going to help that person who’s driving under the influence to think, ‘I shouldn’t do this again. Look what my actions caused,’" Williams said.

Williams will not be a beneficiary of Bentley’s law should it be approved, but that’s not why she’s working so hard to get it implemented.

"It’s a reminder to them to not do it again. Because I can tell you, this is one of the hardest things that anyone can ever go through. Any parent, this is the hardest and no parent should ever have to suffer that," Williams said.

The proposed law would not only make the offender pay, but they would also still have to serve their jail sentence, according to Williams. She believes the double-whammy would be an even bigger motivator to not offend again.

Williams said that once an offender is released from jail, they would have to hypothetically report to the state’s victim services department and it will be decided how victims will be given financial restitution.

Since creating the Bentley’s law Facebook page, Williams said she has gotten messages from people across the country sharing their own tragic stories of losing a loved one because someone drove under the influence.

"I read a lot of people’s stories on pages on Facebook and it’s heartbreaking when they are literally left with nothing. Raising children again is not always easy. Doesn’t mean that I or anyone wouldn’t do it, because we would. They’re our family and we love them. But it’s not easy. Somewhere along the line, there has to be a responsibility for the offenders," Williams said.

Williams said that Bentley’s law is getting national attention and that members of her Facebook group have already asked how they can help bring Bentley’s law to life, with a few people even offering to write their own state representatives.

"I was on the phone with a lady from Illinois who is on that (Facebook) group. She is looking to help change and get Bentley’s law in Illinois. I receive numerous phone calls and inboxes every day from people, a lot of people going through the same thing. A lot of people are trying to figure out how they can help to make this happen," Williams said.

Williams got custody of her remaining two grandsons following the tragic accident and she said they are "doing OK."

"It’s hard on him. I think, until you’ve actually seen a child hold the urns of their parents and baby brother and talk to them and tell them goodnight, you will never understand the full impact. Until you have seen it and felt their pain," Williams said.

She hopes that more people will get on board with Bentley’s law and encourages others to reach out to their state representatives and bring more attention to the issue.

"If they feel Bentley’s law is something they would like to have in their state, please reach out to your representatives. Get this started. Help make this go nationwide," Williams said.

FOX News contributed to this report. This story was reported from Los Angeles.