FOX 29's Dave Kinchen has more on a billboard that is stirring up some controversy.

PHILADELPHIA - A billboard located along I-76 near the Walt Whitman Bridge has posted a message about diabetes that has stirred up some controversy among those who see it.

The billboard shows a child eating a sweet snack and a person injecting themselves with insulin, accompanied with the message "Today's after school snack could be tomorrow's diabetes." 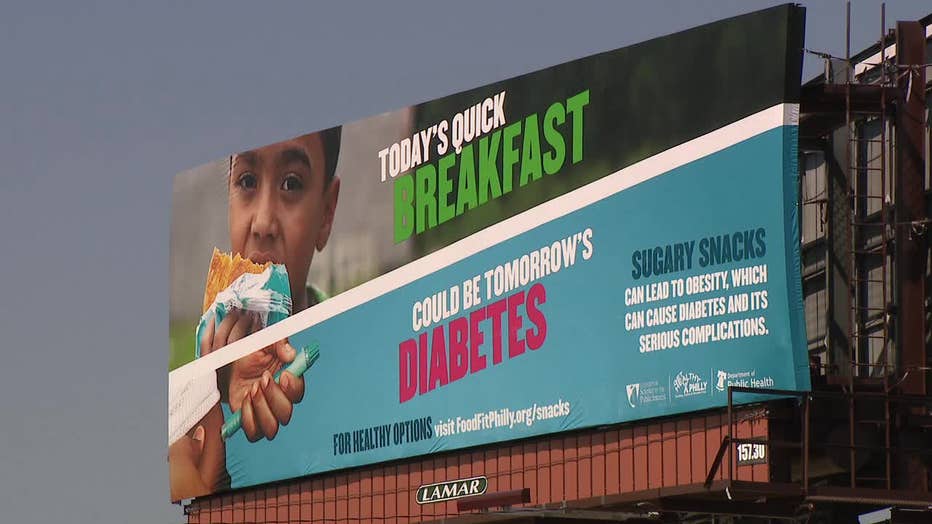 Some say the advertisement is misleading and sugar shames some children with Type 1 or two diabetes.

Stephany McMichaels says her grandchildren enjoy their share of sugary snacks and she does not see the treats impacting their overall health.

"It depends on how much you give them," McMichaels said.

McMichaels is one of many that agree with a Change.org petition that urges city leaders and health officials to remove the billboard.

The petition says the billboard does not distinguish between diabetes caused in part by excessive sugar intake, and causes related to autoimmune disorders.

Meanwhile, Joe McCarthy, a man with Type 2 diabetes, says he views the billboard as educational. He believes the billboard campaign saves lives and can head off future medical problems.

"If someone wants to say it's shaming I can't really speak to that. I don't view it that way."

Health officials say they apologize to anyone who is offended by the language on the billboards. They say the focus is on childhood obesity and its connection to diabetes.