PHILADELPHIA - In honor of Black History Month, a Philadelphia-based business owner and a local artist have joined forces to give back to the community in a creative way.

Throughout the month of February, Blue Sole Shoes will host a silent auction inside the store at 18th and Chestnut Streets in effort to raise money for the Edward T. Steel Elementary School in Nicetown.

Artwork by Joe Barker will be hung in the window of Rittenhouse’s Blue Sole Shoes and patrons of the store will be invited to bid on the pieces.

All proceeds will give back to the community in a meaningful and inspiring way. 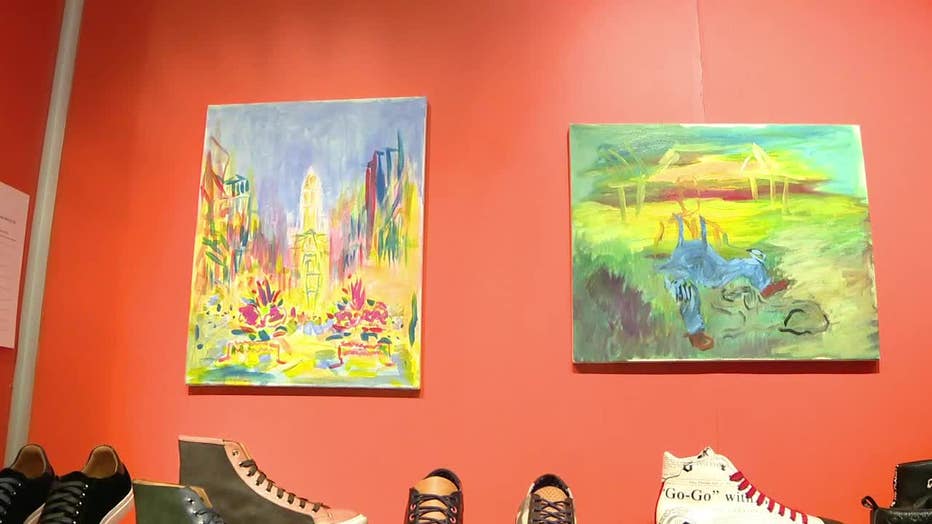 The significance of this initiative is combines the entrepreneurial success of a Philly-native with a prevalent artist’s ability to bring the City of Brotherly Love together to uplift the community.

Steve Jamison grew up every poor in North Philadelphia – he often went hungry but persevered.

Jamison's background really motivated and inspired him but he has never forgotten his roots.

"It was a rough area back then and it's rough now," Jamison told FOX 29's Thomas Drayton. "But people there have heart though also -- they have determination. That's something you don't want to miss about North Philly -- about Nicetown specifically, too. The heart of the people there." 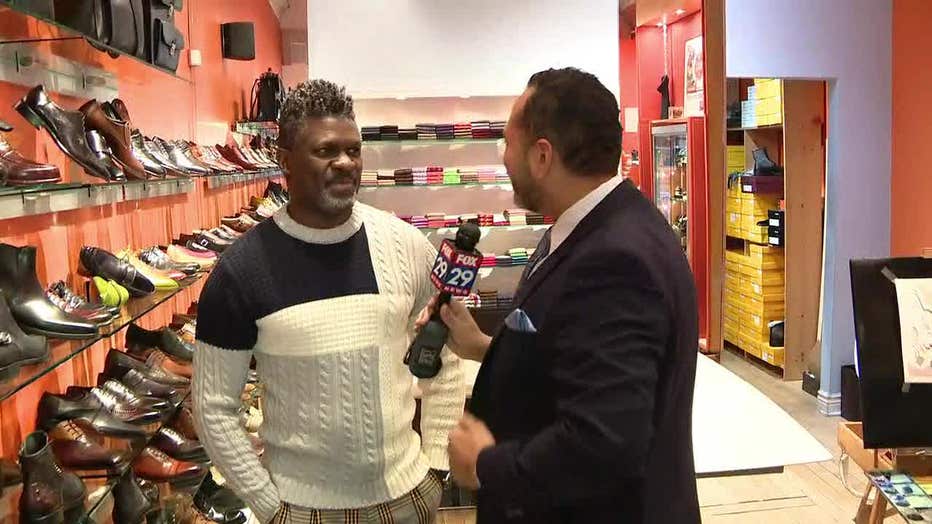 Jamison worked retail at the age of 17, went to college, and then returned to retail where he was able to pen his show boutique in 2007 – becoming a very successful minority business owner.

"So I thought it was a cool idea when he and his partner asked me to get involved," Barker explained about his role in the silent auction at Blue Sole Shoes. "It keeps the kids very aggressive in the arts and lets them know that as an artist you can do stuff."

Barker has approximately nine pieces up for auction at Blue Sole Shoes. 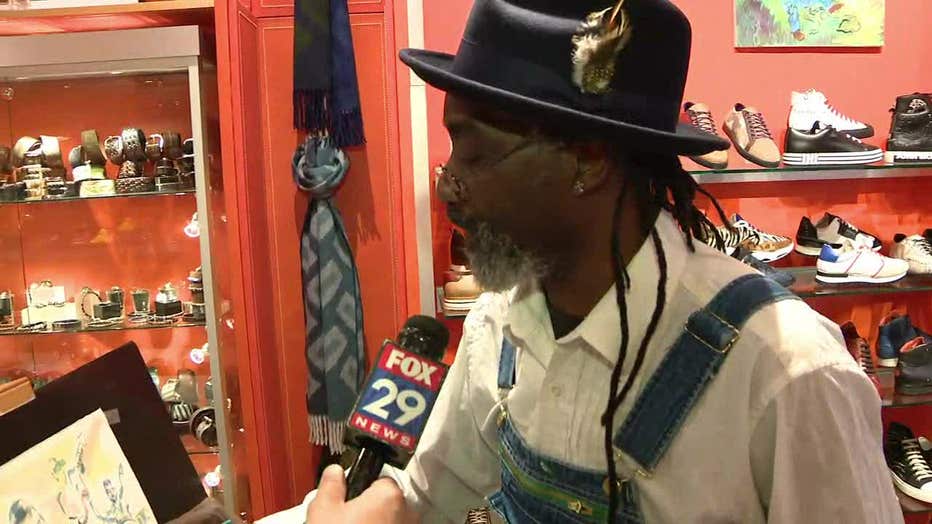 "I wanted to do something that celebrates an accomplished black Philadelphian, which will benefit Philly's next generation of young artists," said Jamison. "This is a really nice opportunity to help the arts community raise money for an important cause, celebrate black history month, and showcase some incredible art in our window, which sees non-stop foot traffic every day in one of the busiest neighborhoods in the city."

The two men, who go way back, had nothing but incredibly positive things to say about each other and their new philanthropic project together. 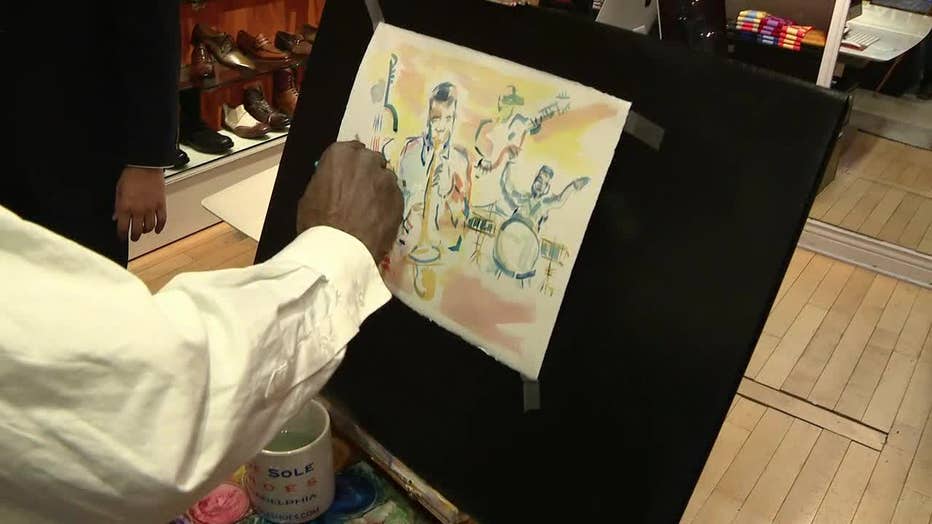 "Steve Jamison does so much for the community, so it's a real honor to hang my art in his window, but to also do so while raising money for a great cause," said Barker. "Anything to help our youth, as well as the art world, is something I am thrilled to be a part of. And frankly, I’m humbled by the fact that Steve is doing this to commemorate black history month."

Joe Barker's work can be found online by visiting his website.