A hero police officer in Grass Valley, Calif. saved a man trapped in a burning house.

GRASS VALLEY, Calif. - A police officer in the Sierra Foothills is being hailed a hero  after he saved a man trapped in a burning house.

The fire happened on Feb. 18, but Grass Valley police just made the body camera video public on Wednesday.

The police officer didn't know what he was about to face when he knocked down a side door, and went into the burning house.

That’s when he found the man, identified in the video as Corey, who lived there inside, on the ground.

The officer is heard shouting the man's name, and kicking in a side door where he found Corey unconscious on the ground. He grabbed Corey's feet and dragged him out of the house

"I got him," the officer is heard saying on the video. "Go get a medic!"

Moments later, that part of the home was consumed with flames. Still, the officer went back to see if there were more victims, police said in a YouTube video.

The rescued man had third-degree burns to his legs, but rescue teams got to him in time. 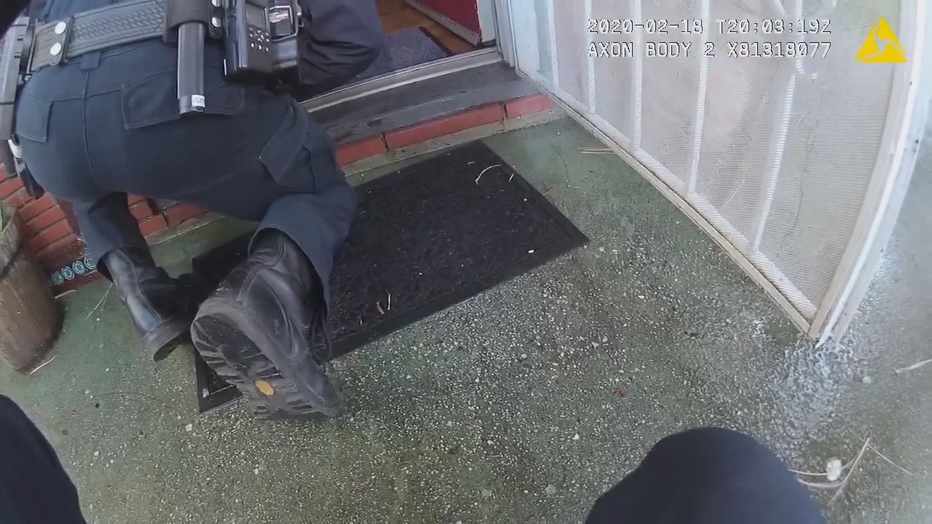