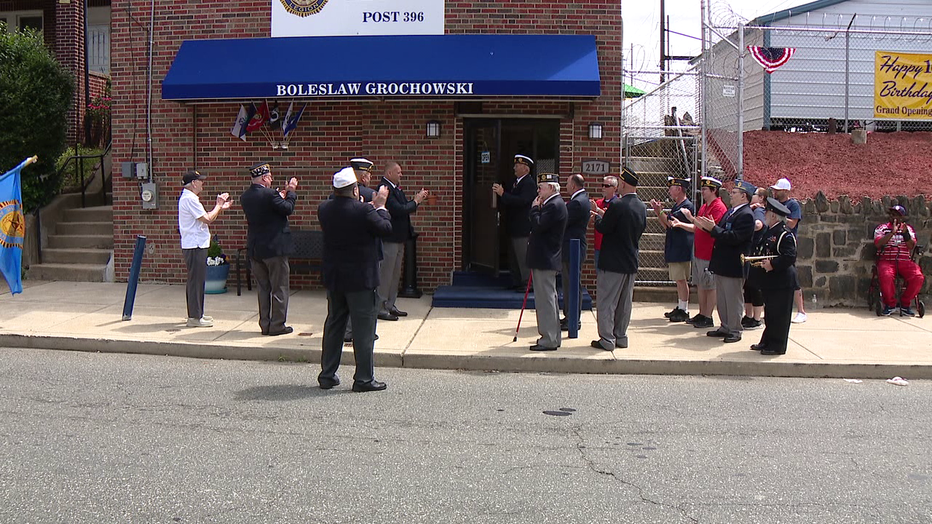 BRIDESBURG - The American Legion Post 396 officially has a new home.

The post held a grand opening for their new location at 2171 Wakeling Street on Saturday morning, three years after a fire devastated their old location on Orthodox Street on Memorial Day in 2016.

They lost the entire building and most of the items inside.

"My children grew up in the old building and some people that saw the burn saw me on the corner crying," says Patrick Love, Post 396 Adjutant and member for more than 30 years. "When they told us it wouldn’t happen, we said watch, and here it is, it took three years, but we’re here."

The few items they were miraculously able to salvage proudly hang on the walls of their new location. A plaque with members who have died, including those who first signed the charter is in the front entrance. The nearly century-old painting of Pvt. Boleslaw Grochowski, the first soldier from Bridgesburg killed in World War I, hangs in their bar area.

Members held a brief ceremony to honor and remember those who died while serving, then opened the doors for members and visitors to celebrate.

"The American Legion is here for 100 years and we hope to be here for another hundred years," says Love.