Bridget Foy's in South Philadelphia reopened Friday after rebuilding from a fire nearly 4 years ago.

SOUTH PHILADELPHIA - A heated canopy creating a cozy new environment for outside dining, lighting the way to a new beginning for Bridget Foy's on South Street.  It reopened to customers Friday after closing its doors nearly four years ago when a fire destroyed the Philly staple.

"15 to 20 years plus when I was in college. It's been a long time," said Kathi Boczar. She and Kevin Duda were among some of the first to return. They're longtime customers.

"People in the neighborhood when you're going somewhere to watch the Phillies win the World Series we were here. It's the center of this community," said Boczar.

"I got my spot back. There was a hole in this neighborhood. A hole in queen village for three years. And it just feels to have them back," said Duda. 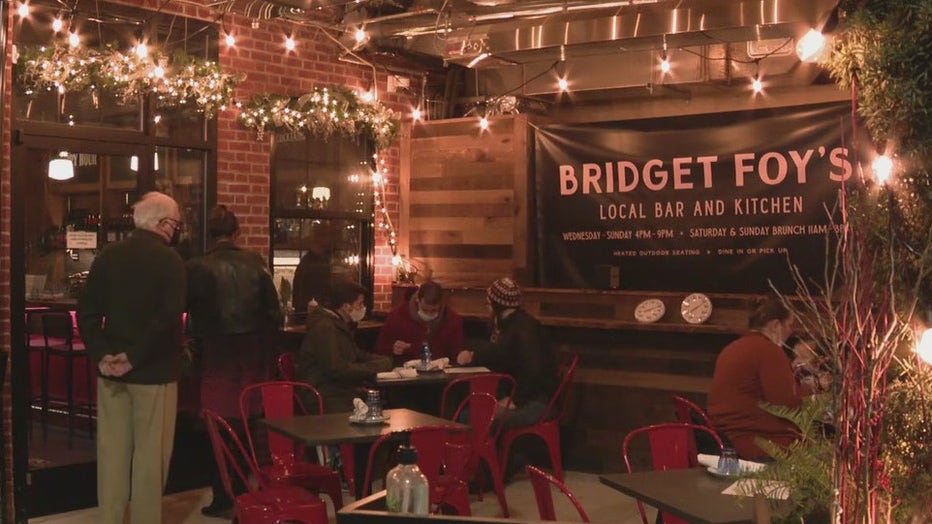 Duncan Lloyd described the return of Foy's as quote "spring coming in February.

"We've all been cooped up for a very long time and this has been a real challenging obstacle for everyone and for restaurants to open up again. And places like Bridget Foy's which is a real community center for a lot of people to open back up it's exciting," said Lloyd.

The ribbon cutting before officially opening the doors drew city officials and state representatives. Owners John and Bernadette Foy were joined by their daughter Bridget and her husband. John says they're grateful for the community's support after the fire which led them to the decision to rebuild.

"We're so anxious to welcome our neighbors, friends and get back to celebrating birthdays, anniversaries, engagements and so many other things," he said. Bridget Foy’s opened on South Street in 1978.