The Perkasie Borough Police Department said 50-year-old Matthew Branning and 47-year-old Michael Allen Stark have not been seen or heard from since Oct. 15.

PERKASIE, Pa. - Authorities in Bucks County suspect foul play in the disappearance of two co-workers who have not been seen since October and have widened their search as far as Michigan.

The Perkasie Borough Police Department said 50-year-old Matthew Branning and 47-year-old Michael Allen Stark have not been seen or heard from since Oct. 15.

"We do believe, law enforcement believes, that something has happened to Matthew Branning and his co-worker Michael Allen Stark is somehow involved," Bucks County District Attorney Matthew Weintraub said Wednesday.

According to investigators, Branning was last spotted on security camera behind the wheel of his 2002 Lexus SUV at an ATM in Sellersville just after 4 p.m. on Oct. 15.

Weintraub told reporters at a Thursday morning press conference that someone was in the backseat of the car when it was stopped, but that person has not been identified. 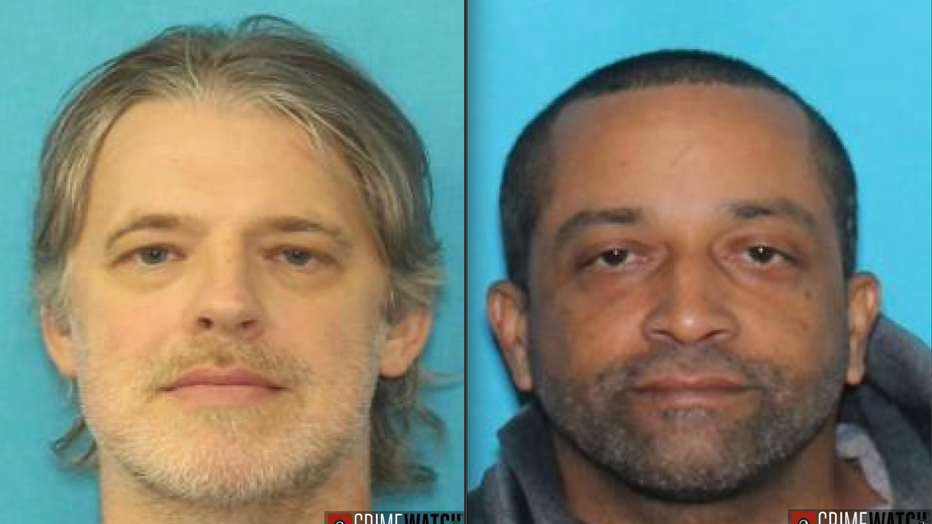 47-year-old Michael Allen Stark and 50-year-old Matthew Branning have been missing since Oct. 15, according to police.

Data collected from tolls and Branning's cell phone shows the car then traveled into southern New Jersey and south to Cape May County. Video obtained from a Cape May Wawa shows Michael Allen Stark making a purchase, but Branning is not with him.

Investigators say that data shows Branning's car traveled north, then west on the Atlantic City Expressway, but they're unsure where the vehicle went after the night of Oct. 15.

"Since that date, unfortunately, there has been no activity on Branning's cell phone, in his bank account, or any contact with his family," Weintraub said.

Branning's family told investigators that there is no explanation for him to travel to New Jersey, and it's "out of his character" to not contact family or miss work.

After nearly a month of searching for the two men, investigators say Stark was spotted at a Michigan pawn shop on Nov. 13. Weintraub said Stark missed a court appearance for resisting arrest and paraphernalia charges in Monroe County, Pa., and is considered wanted.

"Michael Allen Stark is a person of interest in Branning's case," Weintraub told reporters. "Candidly we expect foul play, we don't know that for a fact, but it is definitely why we have such a heightened interest in this case."

Buck County District Attorney Matthew Weintraub said investigators suspect foul play in the disappearance of two co-workers who have not been seen since Oct. 15.