Fans took to the streets along South Howard Avenue, standing on cars, dancing outside of bars, and flying the Bucs flag high.

Signs that fans were proud to be part of a new, Tom Brady-led era for their team were everywhere. Signs of an ongoing pandemic, however, were scarce. Many maskless fans crowded the streets of South Tampa.

Shortly after the game ended, at least one man was reportedly arrested for climbing a tree along South Howard. 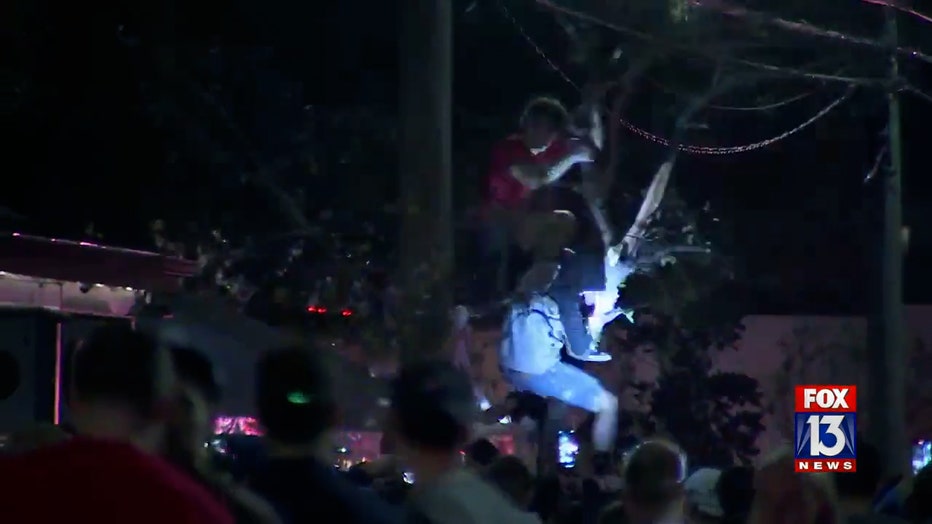 Fans tried to take down a tree along South Howard Avenue. At least one was reportedly arrested.

Even some Kansas City fans got in on the antics downtown.

According to FOX 13's Jennifer Holton, a HART public transportation bus was overtaken by overexcited fans, but no one was hurt and it was over within minutes.

Tampa police also said e-scooter services were shutting down, but the reason was unclear.

Outside Raymond James Stadium, the scene was a bit different as fans left the game. Many wore masks; 7,500 of them were vaccinated healthcare workers who were invited by NFL Commissioner Roger Goodell to attend the game.

FOX 13's Josh Cascio catches up with one of the health care workers who got to see the Bucs' big win.

Tampa Mayor Jane Castor was one of the first outside Raymond James to congratulate the team publicly on its big win. Castor said on FOX 13 News there would be a celebration of some kind and that there would be a "Tom Brady Day" named at some point.

Tampa Mayor Jane Castor talks about the celebration plans as the Bucs wrap up a Super Bowl victory.

Florida Governor Ron DeSantis was not on-hand to witness the historic win, but he congratulated the team via Twitter.

Earlier this week, DeSantis predicted the Bucs would win, but said the score would be much higher than the actual final score -- 31-9.

And one fan started his celebration early, but it ended just as quickly -- in handcuffs. The shirtless man was tackled when he ran onto the field during a TV commercial break in the fourth quarter. 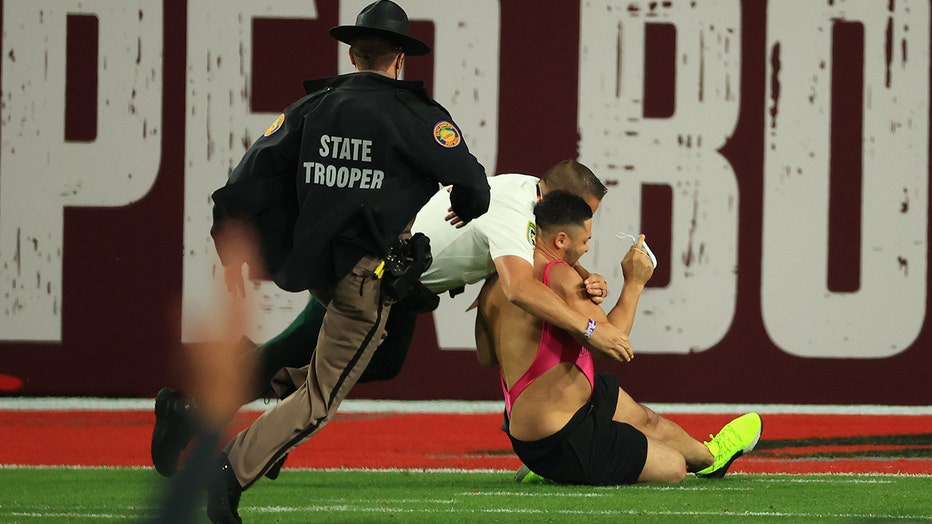 A fan is tackled by law enforcement after running on the field during the fourth quarter of Super Bowl LV. (Mike Ehrmann/Getty Images)

In all, a Tampa police spokesperson said, the joint law enforcement task force made the following misdemeanor arrests and ejections during and after the game; all also involved alcohol:

Two additional warnings were issued. There were no felony arrests.

Other items of note from police:

The game kicked off with a spectacular flyover, with a B-52 Stratofortress, a B1-B Lancer, and the B-2 Spirit ‘stealth’ bomber flying over the field at the end of the National Anthem.

The NFL’s neutral-site rules kept the pirate ship cannons quiet during the game, but fans will likely hear those booms in the coming days as celebrations continue.

Since the first Super Bowl era in 1967, no team has played the big game in its home stadium, which had a limited capacity capped at 22,000 fans due to the COVID pandemic. 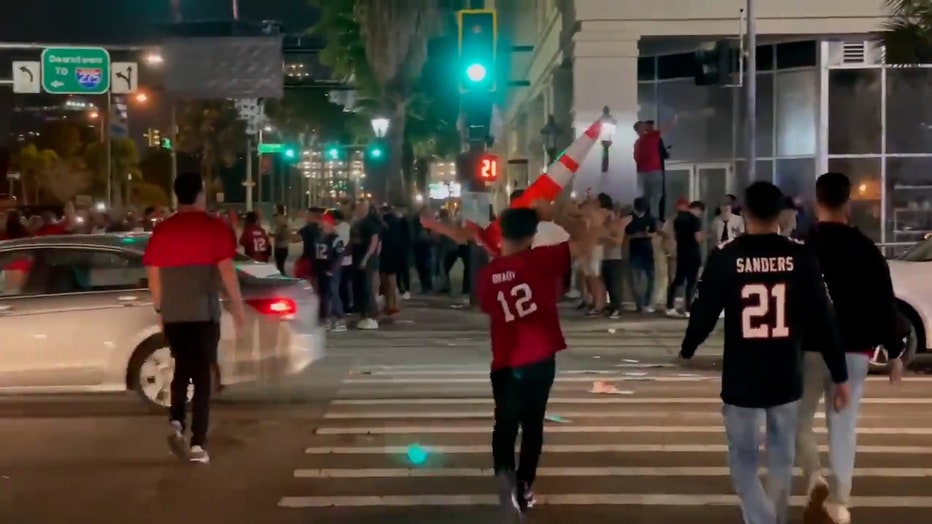 "So many teams don't get a chance because they don't get the Super Bowl in their home stadium. It was obviously a goal of ours to start this season," head coach Bruce Arians said after the NFC Championship. "But getting to the Super Bowl wasn't what our goal is. Our goal is to win it." 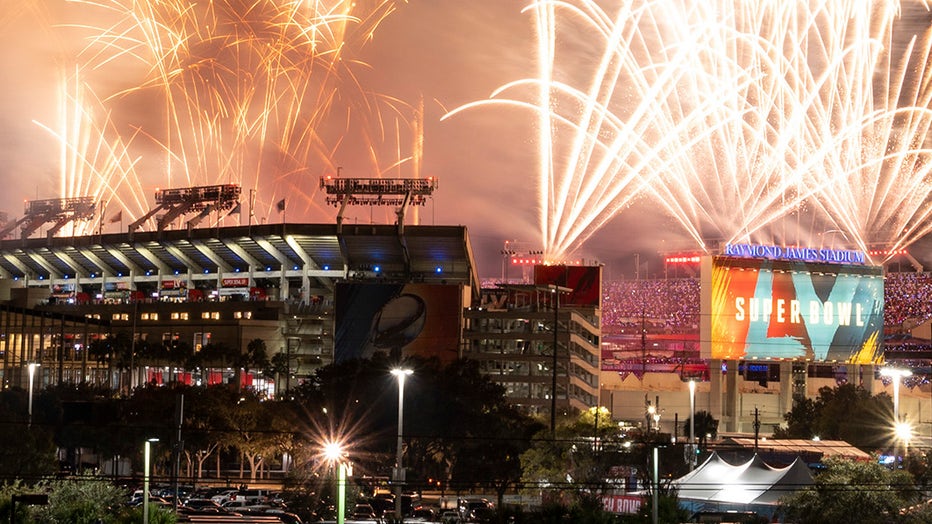 There were fireworks over Raymond James Stadium, of course, but there were also celebrations just down Interstate 4 at Disney World, too. Walt Disney World in Orlando tweeted video of Cinderella Castle at Magic Kingdom lighting up for the Tampa Bay Buccaneers.