What beer will people in your state most likely be drinking on Super Bowl Sunday?

ST. LOUIS - Fans of Budweiser should keep their eyes peeled for a "Willy Wonka"-style golden can in their case of beer, as they could become a lucky million-dollar winner.

Anheuser-Busch, which produces the beer, is placing several golden cans in specially-marked packs of beer across the U.S., a nod to the golden ticket that the fictional Willy Wonka character hides in his chocolate bars. Anyone who finds a can will be eligible to win a $1 million grand prize as part of its "Live Like a King" sweepstakes.

The company said there’s also a second way to enter their sweepstakes without buying Budweiser. People can also visit the brewer’s website and print a photo of the can. They are then asked to wrap the image around another soda can or glass and share a photo of themselves holding it on Facebook, Instagram or Twitter.

To enter, participants must tag @budweiserusa and include the hashtags #LiveLikeAKing and #Sweepstakes. 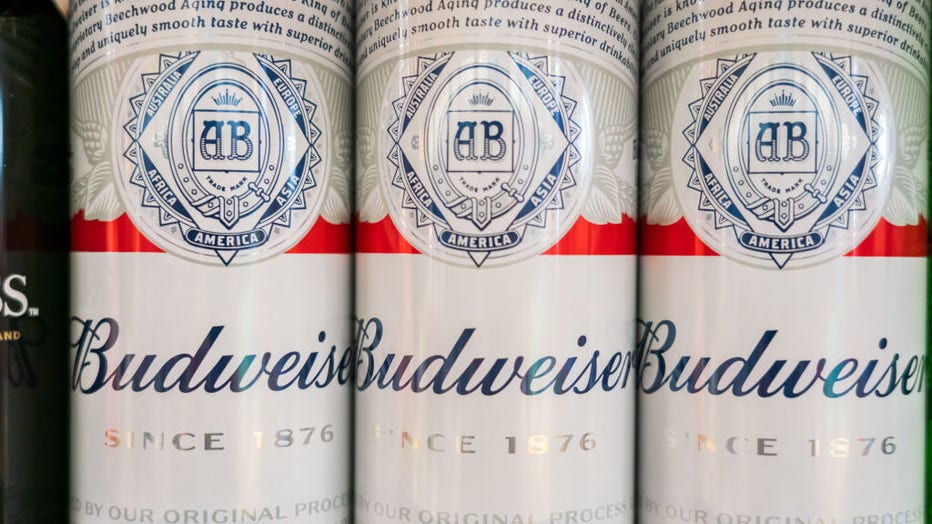 Cans of Budweiser beer are seen at a supermarket in an undated file image. (Photo by Alex Tai/SOPA Images/LightRocket via Getty Images)

The winner will then be notified via direct message on social media, from which time they will have 48 hours to respond and accept the prize.

Anheuser-Busch, a subsidiary of Belgium-based AB InBev and headquartered in St. Louis, Missouri, has previously offered fans a chance to strike gold. In 2016, it placed golden beer cans in Bud Light cases for a chance to win Super Bowl tickets for life.