Can Bill Cosby pursue a civil suit now that his conviction is overturned?

Pennsylvania’s highest court threw out Bill Cosby’s sexual assault conviction and released him from prison Wednesday in a stunning reversal of fortune for the comedian once known as "America’s Dad," ruling that the prosecutor who brought the case was bound by his predecessor’s agreement not to charge Cosby.

MONTGOMERY COUNTY, Pa. - Bill Cosby’s spokesperson Andrew Wyatt says the 83-year-old enjoyed his first night out of prison and now he’s getting on the road to reunite with his wife Camille after nearly three years behind bars.

Wyatt tells FOX 29 News that his team is exploring all legal options and deciding on next steps after the Pennsylvania Supreme Court overturned his 2018 conviction.

"He’s going to do whatever he can do time left on this earth to clear his name," Philadelphia attorney Joseph Marrone said.

It’s the one reason why Cosby might pursue a civil suit, according to Marrone.

"To make sure that everyone knows locally, nationally and worldwide that he was a victim of this prosecution," he added.

Marrone expects Cosby’s lawyers will also work to get his record expunged. 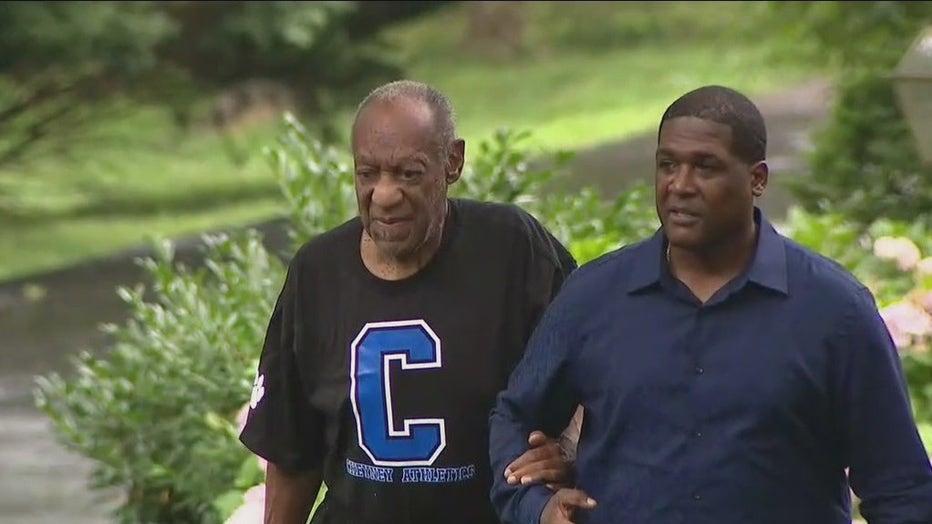 The big question is how was Cosby arrested in the first place?

Former District Attorney Bruce Castor says back in 2005 he made a decision binding the Commonwealth not to prosecute Cosby because of a lack of evidence. He said at the time he had options: "Do nothing and hope the case gets better or I can do something to try to obtain some measure of punishment for Cosby," he said.

Castor says he chose the latter, which led to four depositions and ultimately leveraged into a settlement worth millions of dollars. Fast forward to 2015, when District Attorney Kevin Steele announces he’s reopening the investigation.

"I sent a private memo to the district attorney's office reminding them of what had happened 10.5 years before and saying, ‘hey this is a problem don’t do this,’" Castor said. "Not only did they go ahead with it but still used it as the cornerstone of his campaign to beat to be district attorney."

FOX 29's Jennifer Joyce reached out to DA Steele but through a spokesperson, he declined to comment.

Key question in Bill Cosby appeal: Does defendant’s past matter?

Legal advocates line up on both sides of Bill Cosby's appeal