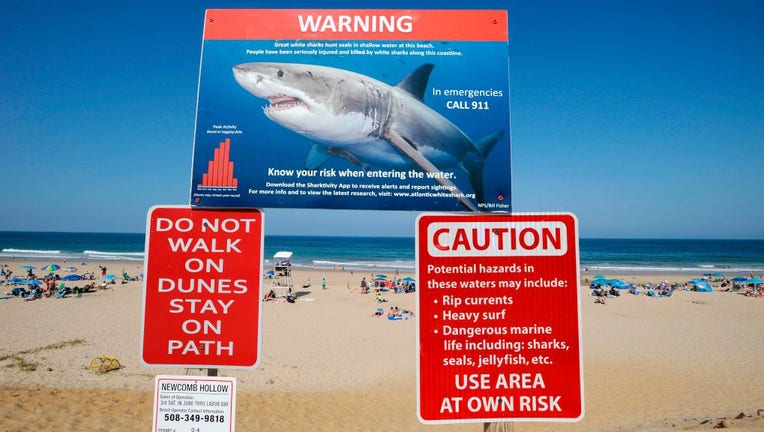 Researchers are warning beachgoers that they may not be the only ones headed to Cape Cod this summer, as great white sharks are expected there, too.

The warm weather in the northern U.S. typically coincides with the migration of the fierce creatures to the Massachusetts area.

"Just know that large sharks are here," Atlantic White Shark Conservancy scientist Megan Winton said at a news conference on Wednesday, The Associated Press reported. "They're a constant presence from June to fall."

Winton's words of caution followed a great white sighting on Tuesday that resulted in Head of the Meadow Beach in Truro, Mass., being closed for an hour. Locals were able to learn of the closure from the Atlantic White Shark Conservancy's Sharktivity app, which tracks confirmed and unconfirmed shark sightings.

As of Wednesday, the app showed that there have been 11 sightings — both confirmed and unconfirmed — over the course of the past week.

The great whites are mainly focused on the part of Cape Cod facing the Atlantic Ocean, according to Grek Skomal of the Massachusetts Division of Marine Fisheries. This is due to that area's seal population, which the sharks prey on.

One way for people to avoid sharks, Skomal said, is to be wary of areas where the ground at the shoreline has a steep drop, resulting in deeper water.

"Sharks will come close to the shore when they have water depth," said Skomal.

The Atlantic White Shark Conservancy notes, however, that the only way to avoid sharks is to stay on shore.

Fox News' Julia Musto and The Associated Press contributed to this report.