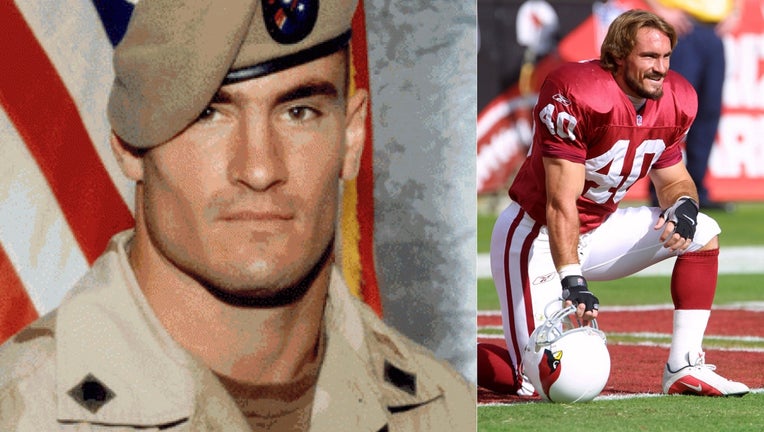 PHILADELPHIA - As the world remembers the lives lost in the September 11 attacks 18 years later, the Arizona Cardinals are remembering one of their former players who gave his life defending his country.

In 2002, in the aftermath of the attacks, Pat Tillman walked away from the game he loved and joined the fight for the country he loved.

In June of 2002, Tillman enlisted in the U.S. Army and was killed by friendly fire while serving in Afghanistan in 2004.

Wednesday, on the anniversary of the Sept. 11 attacks, the Arizona Cardinals tweeted a video honoring Tillman. The caption read, “Today and everyday, we remember Pat Tillman. #NeverForget.”

The video included an interview that was shot in June 2001, before the attacks and gave a “glimpse of the player and person we now honor today.”

On their website, the team shared video of another interview with Tillman. On September 12, 2001, a day after the attacks, the Cardinals safety sat down and talked about what the flag means to him.

“At times like this, you stop to think about it. Not only how good we have it, but what kind of a system we live under, what freedoms we’re allowed. That wasn't built overnight. The flag is a symbol of all of that,” Tillman says in the video.