A superhero cat is up for adoption after being thrown from a car on I-95. FOX 29's Marcus Espinoza has the story.

PHILADELPHIA - A cat is up for adoption after she was thrown from a vehicle going around 60 mph on I-95. Thankfully, a man risked his life to save the superhero feline.

Joshua Remaley was in the car directly behind the car and saw the horror unfold in front of his eyes.

“I was angry. I was shocked. I was sad. I just knew that I had to do something before something else happened," Remaley told FOX 29.

Remaley parked his car on the highway that busy Jan. 16 morning and risked his life to save Ms. Marvel.

“I had a trench coat on when I found her, so I just went and was like, ‘oh my God.' I put her in my trench coat and she was like all bloody and her paws were bleeding. She was just like in a daze as you can imagine," he explained.

He asked Google for the nearest emergency vet and brought her to a Fishtown animal hospital. The superhero cat had no major injuries.

“She was very unkempt, disheveled, so they rushed her to the back and given the whole situation — being flung from a car at 60 mph she really wasn’t too worse for wear," said Fishtails Animal Rescue volunteer Casey Otto. 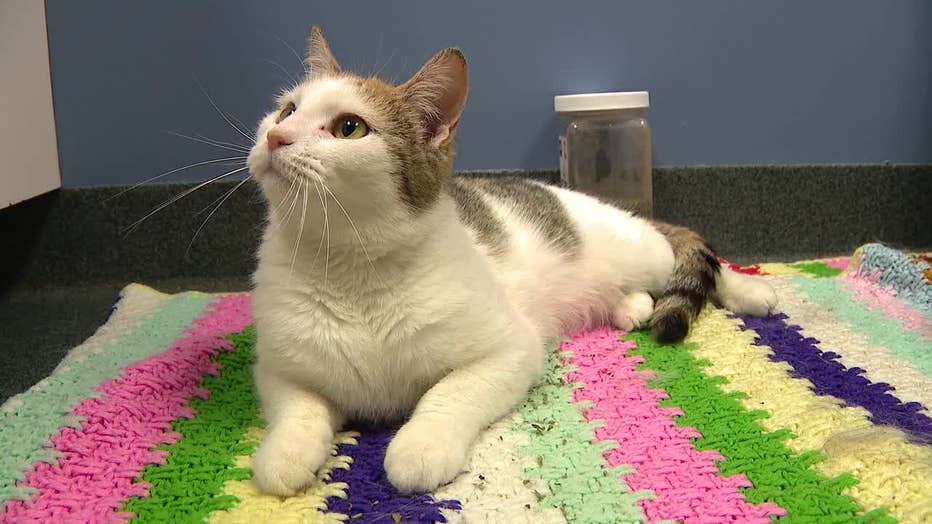 Ms. Marvel is up for adoption at the Fishtails Animal Rescue.

How to help: Foster | Donate | Wishlist

Unfortunately, the cameras on the highway are live feed only, and the person responsible has not been caught.

“I hope he or she sees it on TV and even if they get away with it I want them to know they can’t ever do this again in the future. This is taken very seriously," Otto said.