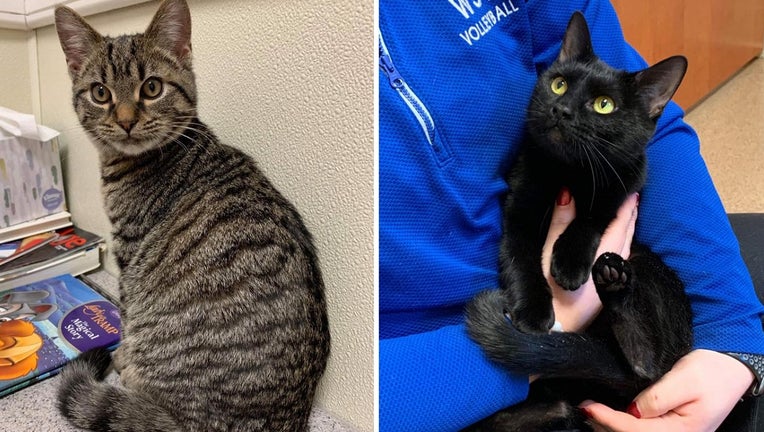 A volunteer found the kittens inside in separate plastic bags that were tied shut along a Pennsylvania road. (Speranza Animal Rescue)

DILLSBURG, Pa. - An animal welfare group says two “terrified” cats were found in plastic bags along the side of a road in Pennsylvania.

Speranza Animal Rescue said in a Facebook post that a volunteer spotted a box near a motel along Route 15 in Dillsburg in York County on Thursday night and stopped to check it out.

She reported finding the cats inside in separate plastic bags that were tied shut. She said she took the “cold and terrified” animals to a vet for treatment.

Anyone with information is asked to call the animal rescue in Mechanicsburg.

Those interested in donating to Speranza Animal Rescue may do so here.