Caught on camera: Brutal fight in Roxborough highlights issue with students after school

ROXBOROUGH - Students fighting after school, the brawl getting so out of control, two students had a very close call with a vehicle. People in the neighborhood say the issue is, unfortunately, nothing new.

In a 54-second cell phone video, it takes only a few seconds for things to get completely out of control.

Caution is urged as the video may be disturbing.

Punches and brawling, spilling out onto busy Ridge Avenue. The video doesn’t show how it happened, but it ends with two girls on the ground, lying beside and partially underneath a white truck.

Daniel Righter gave FOX 29 the video, which he received from a friend.

“The issue has persisted and definitely gotten worse over the span of about a year,” stated Sky Braun, a business manager in Roxborough. 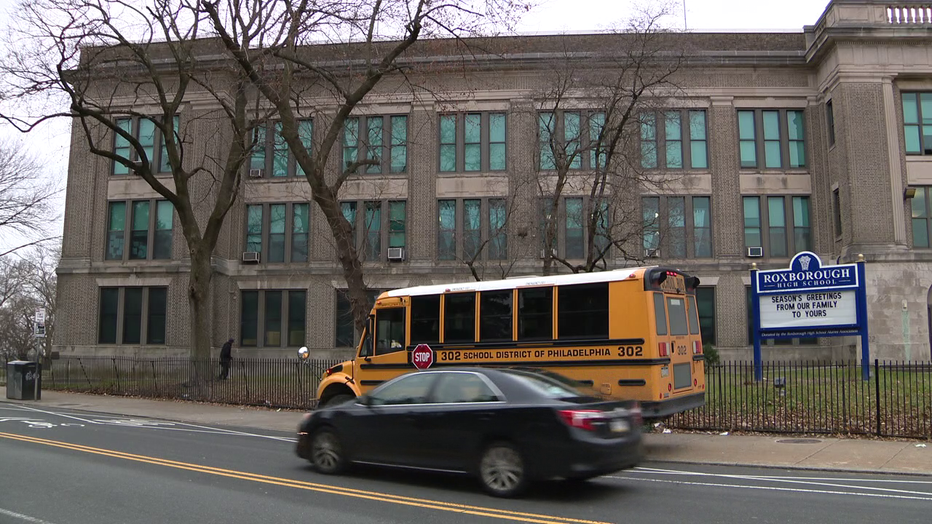 Braun manages a business on Ridge Avenue. She says her staff witnesses all of the fight near Martin Street back on December 2nd, around 3 p.m. and had to lock their door.

“They were extremely fearful because it did begin with a bunch of kids brutally attacking one another,” Braun went on.

But, business owners and longtime Roxborough locals say the video is finally highlighting a problem they have had for a long time when Roxborough High School dismisses.

Some of them have signs up, saying they don’t allow students inside between 3 p.m. through 3:45 p.m. 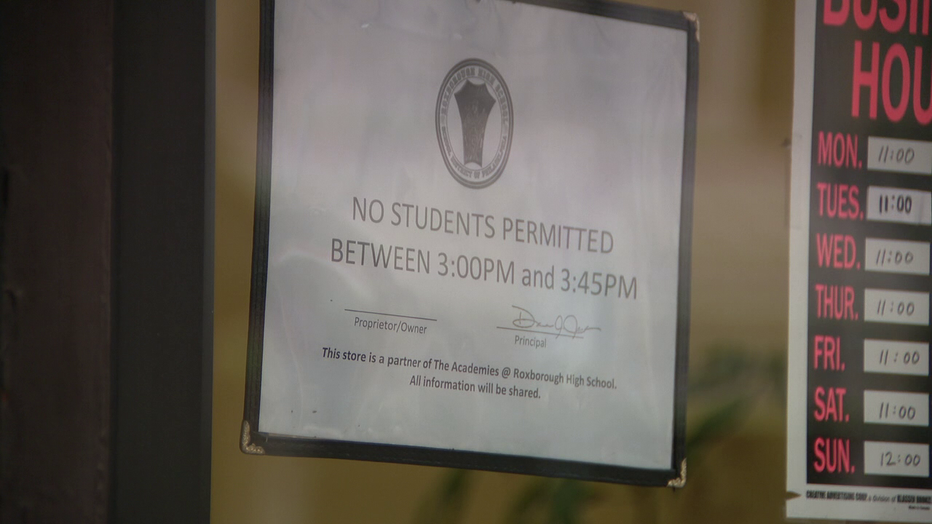 The owners say the same day as the fight, students broke open a window, also on Ridge Avenue, at a dentist office a few blocks away.

A nearby surveillance camera didn’t capture the fight, but showed just how many students were downtown.

“They were jumping around acting crazy. Yeah, they have no manners at all,” said Daniel Pastor, with MLH Company.

“If they’re in my way, or something, I just say, ‘Excuse me,’ and they’re very polite, but you saw the video. I saw the video and that was wild,” explained Jane Glenn, who lives near Ridge Avenue.

Philadelphia Police say they only got one call, for a possible hit-and-run, which they are still investigating.

A Philadelphia School District spokeswoman said they are aware of what happened and students received consequences, “In line with district policy.”

“They shouldn’t have to worry about children, they’re still kids, acting a fool. You know where it starts? Home,” added Pastor.