The report, published Monday by ProPublica, said the private Facebook group had accumulated about 9,500 members since being created in 2016.

WASHINGTON - The U.S. Customs and Border Protection issued a statement Monday in response to an online report that found alleged current and former border patrol agents joking about the deaths of migrants and making derogatory comments about Latino members of Congress in a secret Facebook group.

The report, published Monday by the nonprofit news organization ProPublica, said the private Facebook group had accumulated roughly 9,500 members since being created in August 2016.

According to the story, members discussed throwing burritos at lawmakers visiting a detention facility in Texas on Monday. In another post reported by ProPublica, a disturbing photo illustration depicted Rep. Alexandria Ocasio-Cortez engaged in oral sex at an immigrant detention center.

The Facebook group is called “I’m 10-15,” which is Border Patrol code for “aliens in custody,” according to ProPublica.

“These posts are completely inappropriate and contrary to the honor and integrity I see—and expect—from our agents day in and day out,” U.S. Border Patrol Chief Carla Provost said in a statement. “Any employees found to have violated our standards of conduct will be held accountable.” 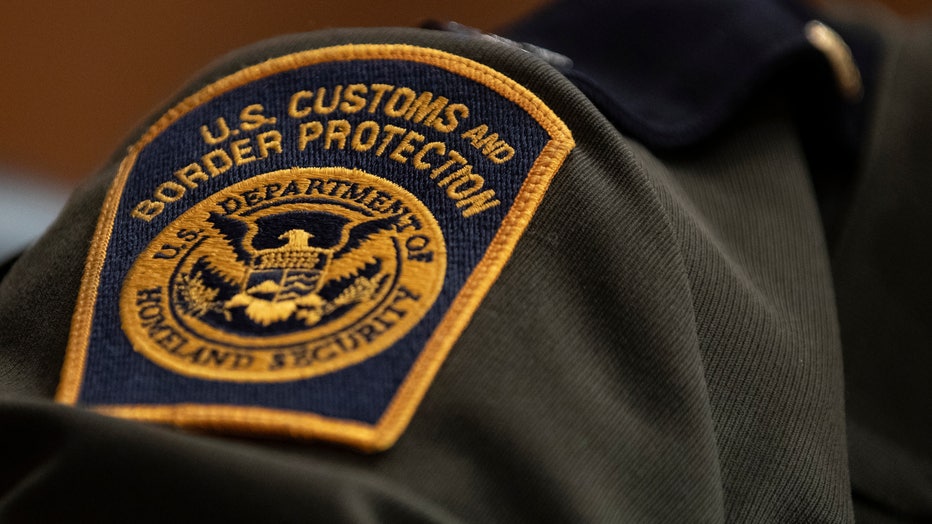 A U.S. Customs and Border Protection patch is shown on a uniform in this file image taken on April 9, 2019 in Washington, DC. (Photo by Alex Edelman/Getty Images)

The CBP said its employees are expected to adhere to the agency’s standards of conduct, which includes comments and posts made on private social media sites.

“Today, U.S. Customs and Border Protection was made aware of disturbing social media activity hosted on a private Facebook group that may include a number of CBP employees. CBP immediately informed DHS Office of the Inspector General and initiated an investigation,” said CBP Assistant Commissioner Matthew Klein with the Office of Professional Responsibility.