FELTONVILLE - In a week that has seen six Philadelphia police officers shot, first responders are getting a big thank you across the area Friday because it’s the fourth annual First Responder Day. It’s all about thanking those who put their lives on the line to protect others. 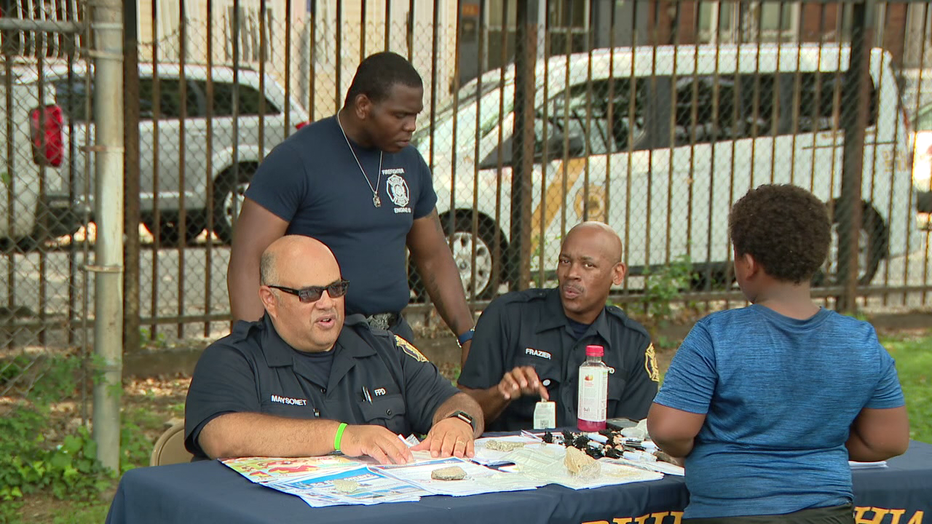 There he was, at the Feltonville Recreation Center, amid the corn hole games and the football toss, the music and the food – 30-year-old Maurice Weightman, a former postal carrier, now two years into a new career as a Philadelphia firefighter.

“This is probably the most fulfilled and the most fun I think I’ve ever had in my life. As far as purpose in life, I definitely feel like I found mine,” Weightman explained.

Life as a first responder is never easy; this summer’s Philadelphia Energy Solutions’ refinery explosion and fire in Southwest Philadelphia showed what dangers they face. Maurice says his fiancée Ariadne was nervous when she learned of his career plans.

“I think she was able to put my happiness before hers, when it came to actually concrete the decision,” Weightman added.

“It’s tremendous when our community recognizes us for the sacrifices that we make and what we do to give back to the community!” exclaimed Philadelphia Police Department Inspector Altovise Love-Craighead.

The fourth annual Frist Responder Day is Philadelphia’s way of saying “thank you” to those who put their lives on the line to protect others.

Officer Nicholas Lopez has been a Philadelphia cop for 13 years, with eight months on the elite highway patrol. He’s wanted this job ever since he was a kid. 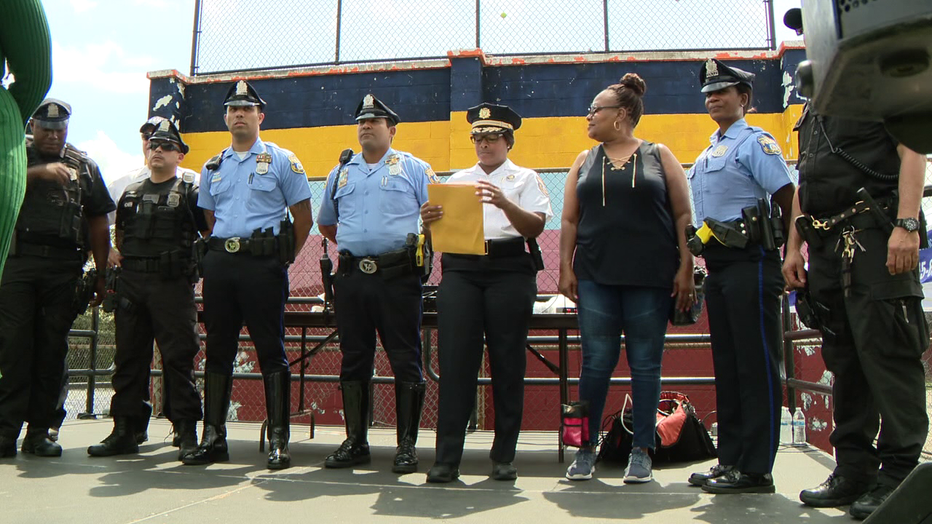 “I come from a family of military, so I wanted to go right into law enforcement to see if I could make a difference,” Officer Lopez said.

The sight of officers rushing toward the gunfire during Wednesday’s shootout and standoff in Nicetown-Tioga poses a question – who does this kind of work? Lopez answers that question with one of his own.

“Who wouldn’t want to run to the help of others? If it’s not in your DNA, I don’t know what to tell you. This job wouldn’t be for you,” Officer Lopez stated.

They don’t do it for the money, nor the perks. Maurice Weightman says he felt drawn to serve others.

“This is what you were born to do?” asked FOX 29’s Bruce Gordon.

“It feels that way. It feels like everything in my life was a culmination of leading me up to this point, somehow,” Weightman replied.