A 4-year-old boy and his grandfather face a long road to recovery after escaping a house fire in West Philadelphia.

PHILADELPHIA - Family members say a young boy and his grandfather face a long road to recovery after the pair narrowly escaped a house fire over the weekend in West Philadelphia.

Firefighters responded to a three-story apartment building near 42nd and Filbert streets Saturday afternoon to fight the blaze that caused a partial building collapse.

Nathaniel Rice told FOX 29 that despite overwhelmingly smokey conditions, he found his 4-year-old grandson Cam’Ron and saved him from certain death.

"I grabbed him the blanket whatever and rushed to the door," Rice said. "The door was closed behind me, I made it out there I don’t know how."

Cam’Ron was brought to the hospital with third-degree burns all over his body. Family members said he made it out of surgery on Monday night. 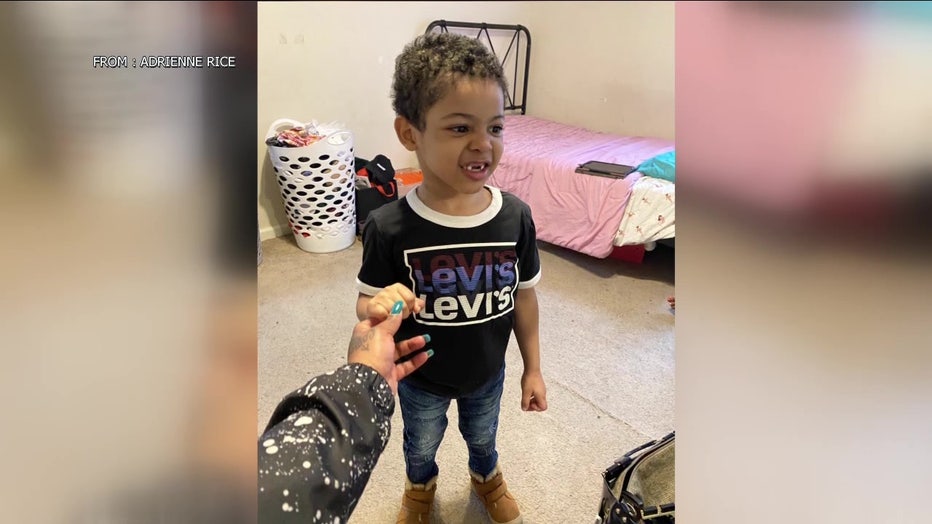 Cam’Ron Rice, 4, suffered third-degree burns from a house fire over the weekend in West Philadelphia.

Despite the harrowing rescue, Nathaniel was admitted to the ICU hours after the fire for some inhalation.

For Adrienne, days and weeks ahead will be filled with cross-town trips to see her son and father while she tries to make their home livable.

"They are right now going through something major that we all have to look back on and be like wow we made it through this fire," Adrienne Rice said.  "That's what I’m hoping we all can sit down at a table and say."

A GoFundMe campaign has been started for the family to help raise money for hospital bills and to rebuild some of what was lost.

"There were things in the fire that meant a lot to me and my son that we will never be able to get back, but we can get a fresh start," Adrinne said.