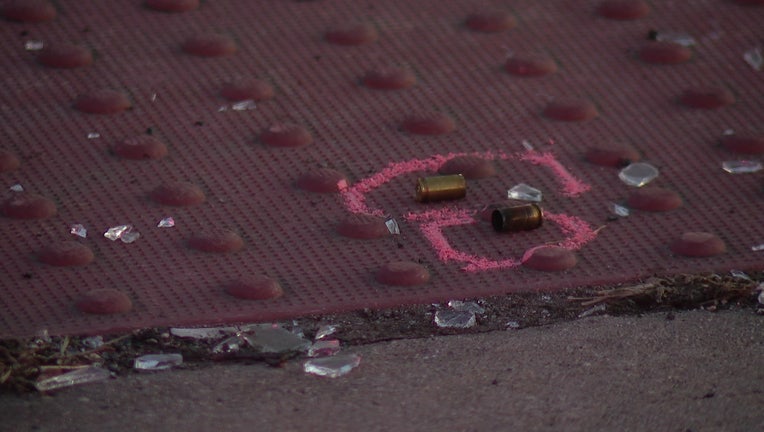 A 62-year-old man was caught in the crossfire of a shooting Monday night in Southwest Philadelphia, according to police. It's believed that the man had just parked to visit family when he was struck.

PHILADELPHIA - Authorities say a man had just parked to visit family Monday in Southwest Philadelphia when he was hit in the stomach by stray gunfire.

Officers from the Philadelphia Police Department were called to the 5400 block of Gibson Road just before 5 p.m. for reports of gunshots.

Chief Inspector Scott Small said a 62-year-old man was hit once in the stomach and brought to Penn Presbyterian Hospital in stable condition.

It's believed that the shooting victim had just parked in a lot about 100 feet away from a shooting involving at least four people, Small said.

The barrage of bullets also hit a nearby van, but no one inside the vehicle was hurt, according to police.

Small said the group piled into a burgundy late-model minivan and fled on the 1400 block of Lindbergh Boulevard.

Investigators hope to use witness accounts and nearby surveillance cameras to help with their investigation.