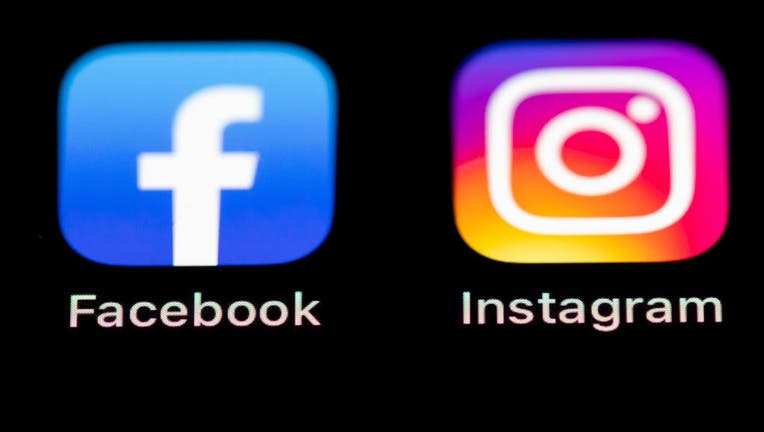 In this photo illustration, The Facebook and Instagram logos on the screen of an iPhone on March 9, 2021, in Kirchheim unter Teck, Germany. (Photo by Tom Weller/DeFodi Images via Getty Images)

MAGNOLIA, De. - Three suspected Delaware porch pirates are facing a long list of charges after authorities said one of them was identified by community members through a social media post.

The Delaware State Police investigated numerous package thefts from homes in the Houston, Felton, Harrington, and Magnolia sections of Kent County over the past several months.

Investigators in early February asked for the public's help in identifying a possible suspect through a social media post, according to police.

Police on Friday arrested Lawrence Evans, 43, and Dawn Shockley, 37, at a home on Riley Drive in Magnolia. Russell Griffin, 45, was also taken into custody after he tried to run from officers, police said.

According to investigators, several lawn items that were reported stolen were found outside and inside the property.

All three suspects were each charged with numerous counts of theft, burglary and trespassing.

The trio was arraigned in Justice of the Peace Court and released.