On Wednesday, a grand jury in Miami-Dade County found Evoire Collier, 21, and Dorian Taylor, 25, both from Greensboro, North Carolina, responsible for the fentanyl-induced death in March of Christine Englehardt of Richboro, Pennsylvania. She met the men while visiting South Beach, and went with them to her room at the Albion Hotel, prosecutors said.

The grand jury added a second first-degree murder charge against Taylor for supplying the same opioid to Walter Riley, 21, from Chicago. He was found unconscious on a nearby street and died March 20, two days after Englehardt was found unresponsive in her hotel room, the Miami Herald reported.

The three-page grand jury report accuses the pair of killing Englehardt with their "unlawful distribution of fentanyl" while committing sexual battery and burglary. The men allegedly took Englehardt's credit cards and made illegal purchases at SOBE Liquors and the Sugar Factory. 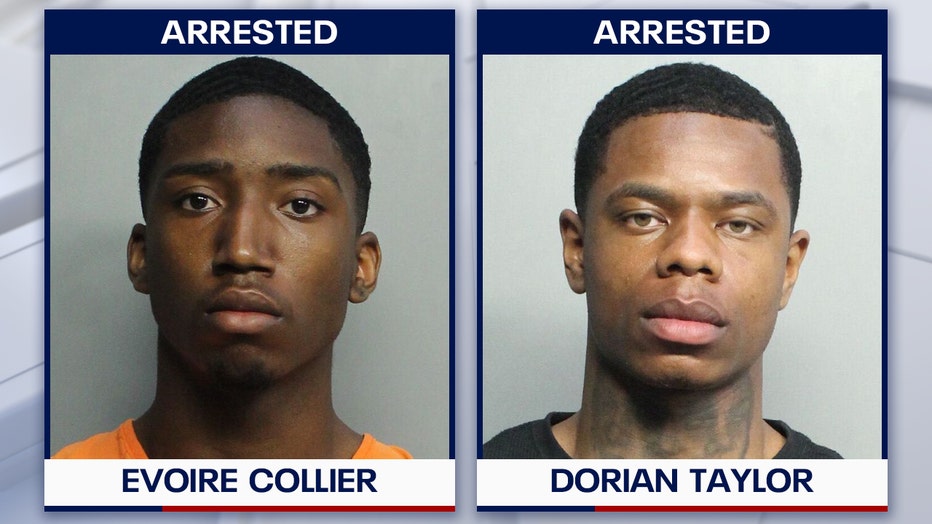 Collier’s attorney, Phil Reizenstein, told the Herald he's "stunned" by the indictment. He said the medical examiner found Englehardt had ingested so many different drugs that it was nearly impossible to pin down what caused her death.

"I think they’re going to regret doing this," said Reizenstein. "I think by the time I’m finished with them, they’re never going to be able to say she died of this."

Police say the woman who was drugged, raped and found dead in her hotel room in Miami Beach has been identified as 24-year-old Christine Englehardt from Bucks County.

The men remain jailed in Miami. They were arrested March 21, according to jail records.

Authorities said surveillance video captured the men entering the hotel with Englehardt and later leaving without her. An arrest report says Collier confessed to giving Englehardt a green pill and claimed they sexually assaulted her in the hotel room even as she lay unconscious.

The Miami-Dade Medical Examiner determined the pills ingested by Englehardt were "rapidly fatal" fentanyl. The autopsy also found that her alcohol level when she died hovered near .20, almost three times the legal limit, and asphyxia may have played a role in her death, the Herald previously reported.

This story corrects that the victim's blood-alcohol level when she died was around 0.2%, not 2.0%.