Eagles to host Rams for home opener without fans, tailgates

The City of Philadelphia has gone as far as closing local roadways to ensure no tailgating occurs near Lincoln Financial Field Sunday.

PHILADELPHIA - The stands inside Lincoln Financial Field will be empty for the Eagles' home opener on Sunday and so will the surrounding parking lots, as city officials clamped down on tailgating to quell the spread of coronavirus.

Philadelphia on Wednesday announced a series of road closures throughout the sports complex to deter fans from tailgating the Eagles afternoon matchup against the Los Angelas Rams.

The area of 7th to Broad and Packer to I-95 will be blocked to vehicular traffic from 6 a.m. to 5 p.m. Sunday. The following will also be in effect:

The city is also not allowing fans to set up shop across the street at FDR Park. Philadelphia Parks & Recreation and Philadelphia Police Department will increase patrols of the park on Eagles game days. These closures will be in effect for all Eagles games until further notice, according to officials. 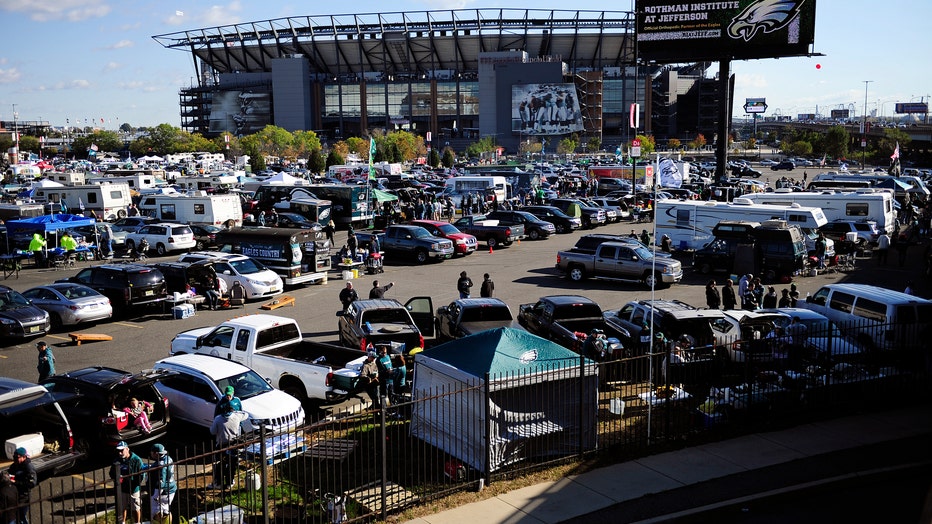 Xfinity Live! employees and patrons will be allowed to access closed roads, but "should be prepared to present their tickets/ID to police" upon arrival.

“For the safety of our residents and due to COVID-19 restrictions on large gatherings, tailgating will not be permitted until further notice,” Mayor Jim Kenney said. “There are still many ways to enjoy the game safely, and we encourage fans to watch at home with family."