PHILADELPHIA - Signs of violence all around 59th and Master in West Philly. A memorial left outside a corner store and not far away police crime scene tape. On Friday, Sister Taleah Taylor wanted to bring something different here: hope.

"Enough of our women and children getting shot. It's time to bring the code back to the streets," said Taylor. She’s the president of City of Dreams Coalition and co-chair of the Social Music Movement that joins local musicians with community leaders to reach young people where they are. She announced that initiative last week with Philly rap artist Beanie Sigal. This evening she and a team of organizations went into the community to ask people what they need to help stop the gun violence. 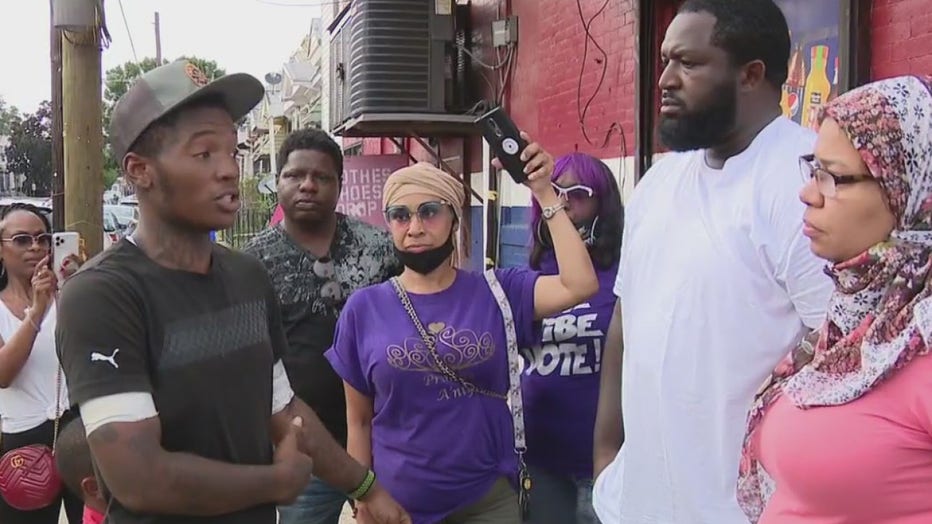 "It's been every night for the past two weeks and it just needs to stop," said Taylor. They went door to door passing out information on issues like violence prevention, criminal record expungement and voting. Community and social media activist B. Mcfly talked with young men going into corner stores.

"From the gun violence, from the drug addiction, from everything like how can we stop the community from killing each other?" he asked. 24-year old Khaaliq Morris suggested jobs resource especially for felons and unity in the community.

"If you keep yourself occupied and your mind on certain stuff there's not time for that," he said about drugs and violence.

Chyon Proctor, 15, works on the City of Dreams Youth Council. He’s paid to be part of the movement.as an incentive to stay out of trouble and get involved.

"If it would stop that would be cool. We could come together but we kind of too deep into it. So I don’t really know what we can do but if they're telling me that doing this is going to help stop it then I'm all for it for real," said Proctor about the violence.

"We all have a role to play": Commissioner Outlaw responds to ongoing gun violence in Philadelphia