Mayor Jim Kenney announced the city will ask the art commission for approval to remove the Columbus statue&nbsp;in South Philadelphia.

SOUTH PHILADELPHIA - The city will ask the Philadelphia Art Commission on July 22 to approve the removal of the Christopher Columbus statue in South Philly, Mayor Jim Kenney announced Wednesday.

"In recent weeks, clashes between those individuals who support the statue of Christopher Columbus in Marconi Plaza and those who are distressed by its existence have deteriorated to a concerning public safety situation. It is a situation that cannot be allowed to continue," the mayor wrote.

The mayor added the city is committed to finding a way forward that allows Philadelphians to celebrate their heritage and culture, while respecting the histories and circumstances of others that come from different backgrounds.

The city will allow for public input through written submissions due by Tuesday, July 21. The public will also have the opportunity to testify at the art commission meeting. 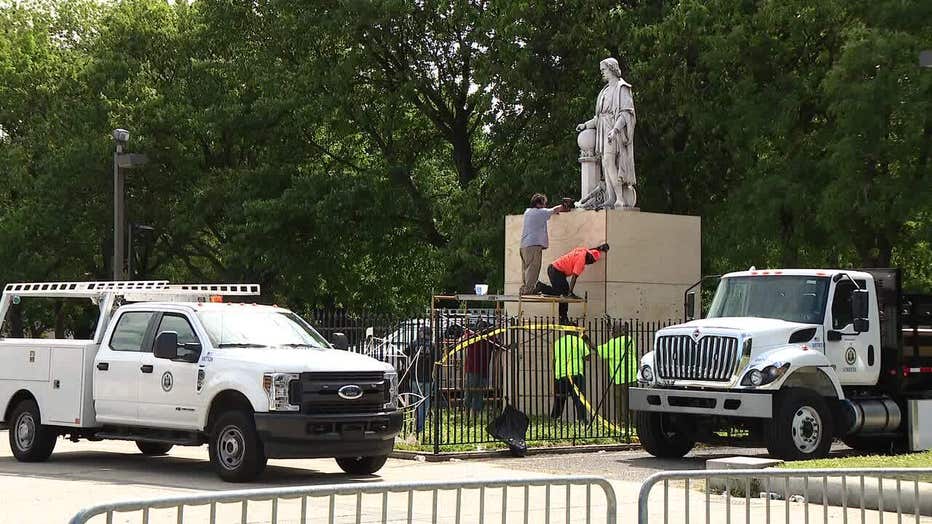 The base of a second monument honoring Christopher Columbus is being hidden from view while its future is debated.