City officials have denounced the actions of the group who spent the weekend defending the statue.

PHILADELPHIA - City leaders have denounced the actions of a group of people who spent the weekend and early hours of Monday morning defending the Christopher Columbus statue in Marconi Plaza.

Those guarding the statue against vandalism were countered on Sunday by groups who denounced the contentious historical figure. Despite some tense moments and profane comments, the crowds remained mostly tame.

Police reportedly arrested at least two people for disorderly conduct. One counter-protester was detained for ripping down a flag, another for moving a police barricade.

Some of the individuals defending the statue briefly moved their demonstration to the home of Philadelphia Mayor Jim Kenney's fiancé on Sunday evening.

A large police presence was on the scene, but the crowd remained peaceful. Demonstrators were heard jeering Kenney, and chanting their support for President Donald Trump and the police.

The mayor was believed to be inside the home. Protesters urged Kenney to answer for his stance on police funding and atone for the perceived inadequate response the riots and looting that took place two weeks ago.

The standoff between the two sides comes a day after armed citizens gathered around the Columbus statue to defend it from vandalism. The actions of the group spawned a contentious moment that was captured on video and shared via social media.

The video allegedly shows a journalist surrounded by hostile statue guards. The cameraperson is then verbally and physically assaulted. At one point in minute-long video, a demonstrator attempts to take the man's bike while another pops his tires.

Philadelphia officials on Sunday spoke out against the armed citizens who took it upon themselves to defend the city's property.

"All vigilantism is inappropriate, and these individuals only bring more danger to themselves and the city," Kenney said in a tweet.

Philadelphia police say they are aware of the "aware of this apparent assault, as well as restrictions placed on journalists documenting the event." They have launched an investigation into the video's claims. 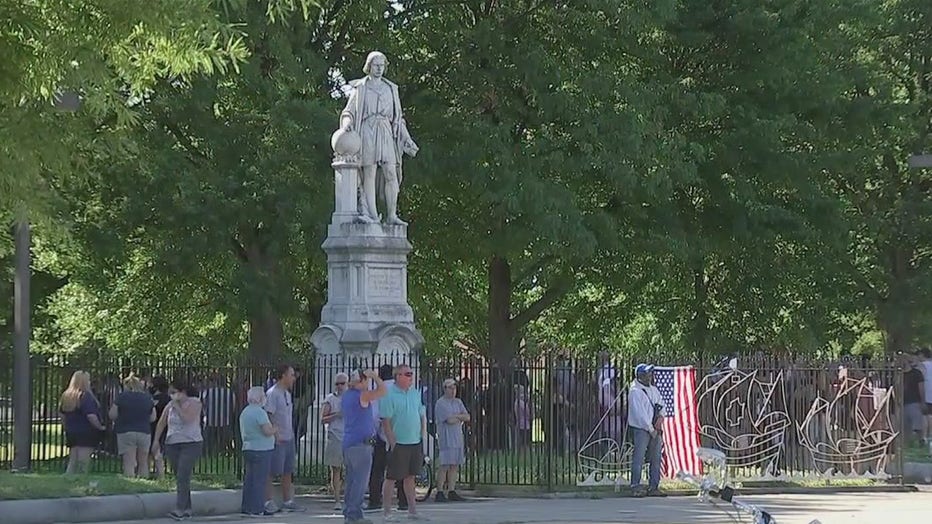 "Saying you are "defending" something doesn't prove you really are. And using a bat--or anything else--for an illegal purpose (such as assaulting or threatening or harassing people) is a criminal act," Krasner's tweet read.

The video also sparked the ire of former Eagles defensive end Chris Long. Long told one of the individuals who was wearing Long's likeness on his t-shirt to "get a new shirt." 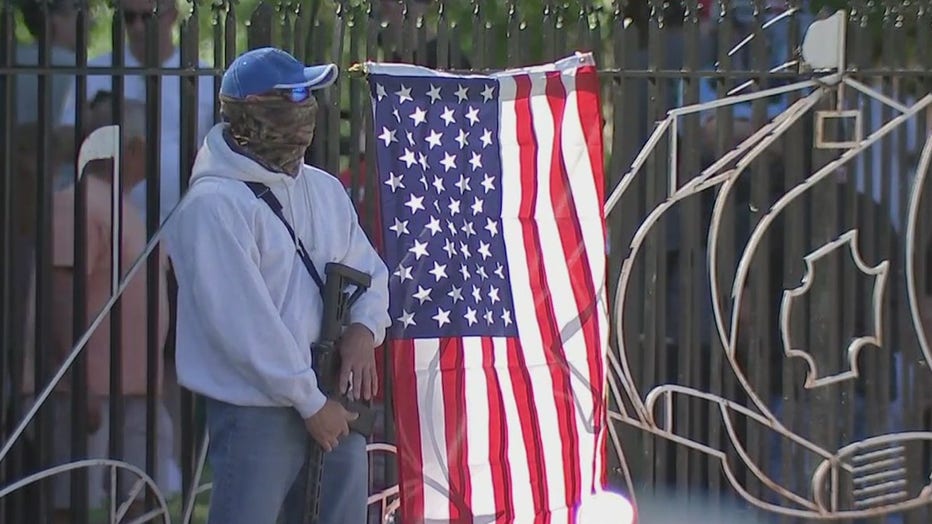 Around the country and close to home, statues of Columbus and other controversial historical figures have been pulled down by those protesting police brutality and racism in the fallout of the death of George Floyd.

Last week, statues of Columbus were removed from Farnham Park in Camden and on Delaware Avenue in Wilmington.