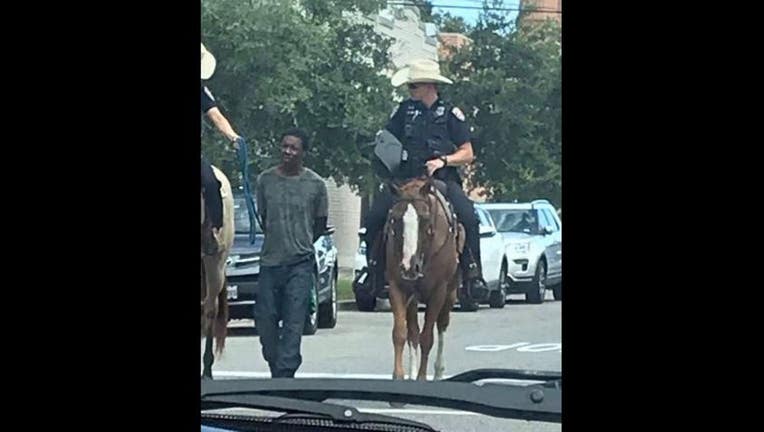 GALVESTON, Texas (FOX 26) - A controversial photo of an arrest is now sparking change in the Galveston Police Department.

A photo of a man being arrested by two mounted patrol officers is making its rounds across the internet. In the photo, it appears the man was tied to a rope.

According to police, the arrest happened on Saturday. A statement released by the Galveston Police Department says a transportation unit was not immediately available at the time of the arrest and  Donald Neely, 43, was handcuffed and escorted beside two police officers on horses.

“While this technique of using mounted horses to transport a person during an arrest is considered a best practice in certain scenarios, such as during crowd control, the practice was not used correctly in this instance,” the statement says.

“Although this is a trained technique and best practice in some scenarios, I believe our officers showed poor judgment in this instance and could have waited for a transport unit at the location of the arrest,” Chief Vernon L. Hale, III says. “My officers did not have any malicious intent at the time of the arrest, but we have immediately changed the policy to prevent the use of this technique and will review all mounted training and procedures for more appropriate methods.”

The department says they understand the negative perception of the action and believe it is most appropriate to stop the use of the technique.