Roughly 20% of blood donations from unvaccinated people this month have contained COVID-19 antibodies, according to data collected by the American Red Cross.

Antibodies are part of a person's adaptive immune system and protect them from external threats like viruses, bacteria, fungi and parasites. The presence of the COVID-19 antibodies may indicate the donor's immune system has previously fought the coronavirus.

Between June 15, 2020, and March 6, 2021, the Red Cross tested more than 3.3 million blood donations from unvaccinated people. In that period, roughly 7.5% were positive for antibodies. But the prevalence rate from these nonvaccinated donors has climbed each quarter.

"The prevalence rate for donations from these nonvaccinated donors during the last reporting week is 20.5% with the highest rates in the Midwest at 25% and the lowest rates in the Northeast at 13%," the Red Cross said. 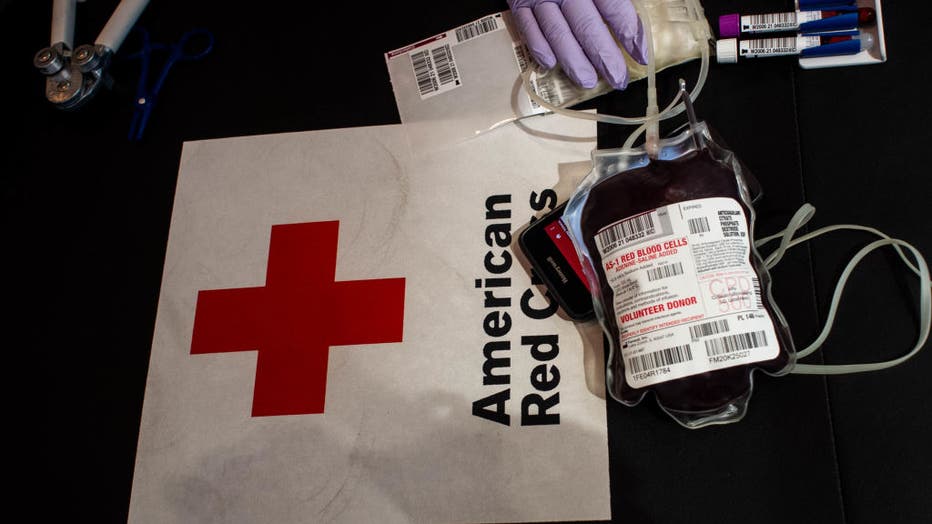 The Red Cross is experiencing a shortage of blood donations during the pandemic as blood drives have been canceled. (Photo by Sarah Reingewirtz, Los Angeles Daily News/SCNG)

The COVID-19 antibody positivity rate over time is as follows:

The Red Cross said those numbers are from the first week of each respective month and should not be considered cumulative.

As of March 24, the United States had recorded more than 29.9 million COVID-19 cases, according to data collected by Johns Hopkins University. That total is a result of testing through nasal swabbing.

The results from antibody tests, which require drawing blood, aren’t included in the case total. Even so, they’ve given researchers a better idea of how many cases the United States has truly dealt with throughout the pandemic.

The CDC concluded the true rate of infection was more than 10 times higher than reported cases.

"The findings may reflect the number of persons who had mild or no illness or who did not seek medical care or undergo testing but who still may have contributed to ongoing virus transmission in the population," the study authors wrote.

Donors with antibodies have a unique opportunity to help other patients still battling the disease. Doctors have been taking the plasma from recovered COVID-19 patients and giving it to current patients, hoping the antibodies will boost the recipient’s immune response.

The Red Cross invites those with COVID-19 antibodies to learn more about donating convalescent plasma.

As a preventative measure, health experts are advising the public to take one of three FDA-approved vaccines.

Moderna and Pfizer-BioNtech have released two double-dose vaccines. Johnson & Johnson has been distributing its single-dose shot since gaining emergency use authorization earlier this month.

In the months since the vaccines became available, cases and drastically slowed, as well as the death and hospitalization rates.