NEW YORK - Apple’s new iPhone 11 officially went on sale Friday, prompting customers to line up outside of major stores around the world in a time-honored tradition ahead of iPhone launches. 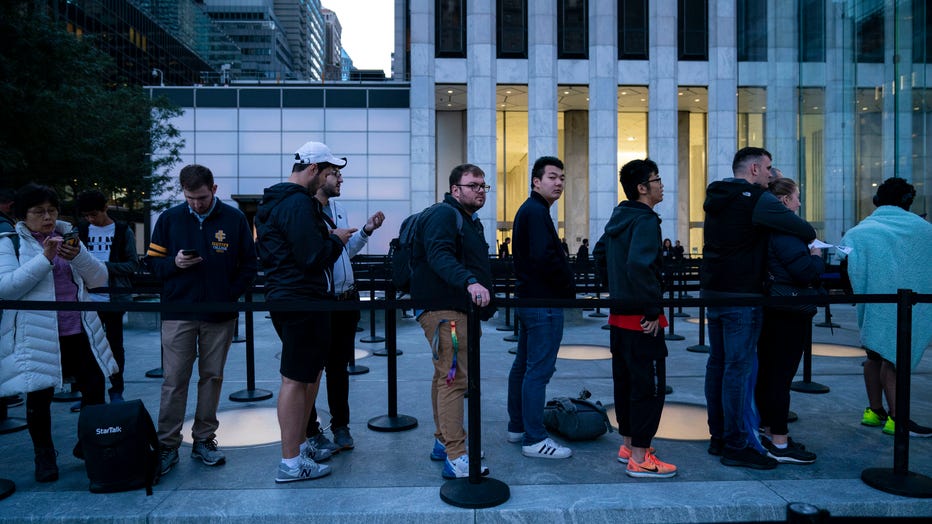 In London outside the Apple store on Regent Street, a few dozen die-hard iPhone fans lined up outside waiting for the doors to open Friday, according to the Mirror.

In Singapore, Apple fever led to hundreds of customers lining up outside the Orchard Road store, many of whom took their place in line on Thursday evening, the Straits Times reported. Similar scenes appeared outside the Ginza and Marunouchi stores in Japan.

Around 100 people waited in line outside the Apple Store in Sydney waiting to get their hands on the new devices, according to CNET.

Meanwhile in Palo Alto, California, the lines were smaller than usual with about 20 fans camping outside the store around 3 a.m. Friday.

Apple’s new products were unveiled earlier this month at its product event in Cupertino. The $700 iPhone 11, an update to last year’s iPhone XR, now has a second camera lens and wider angle to add more of the landscape or a group of people into a photo.

The iPhone 11 Pro and Pro Max, selling for $1,000 and up, were debuted as updates to the XS and XS Max with a third lens now offering wider angles. The new Apple Watch Series 5 offers an always-on display, starting at $399.

RELATED: Apple's iPhone 11 Pro causes people with a phobia of small holes to freak out