Photographer Mel D. Cole, who was allegedly assaulted during a clash between protesters in South Philadelphia, joins Good Day.

SOUTH PHILADELPHIA - A Philadelphia man has been charged with assault after he allegedly punched a Black photographer and made racially charged remarks during a clash between protesters and counter-protesters in Marconi Plaza on Tuesday.

A video shared to social media reportedly shows Mooney, among others, verbally taunting and threatening violence to anti-racism protesters. According to Krasner's office, Mooney repeatedly tells photographer Mel D. Cole, a Black man, to “Get out of here, boy,” before punching him in the face. Mooney was arrested after the assault. 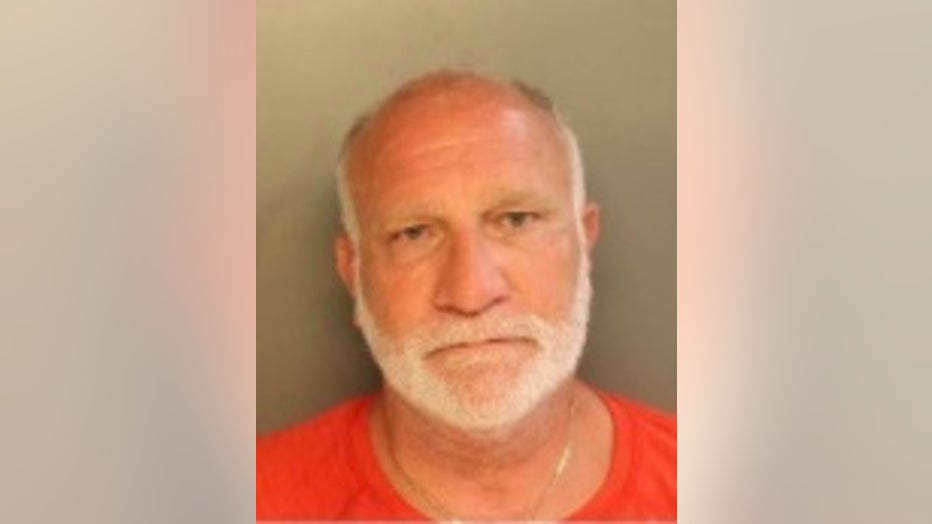 Cole joined Good Day on Thursday morning and says he is satisfied with the charges brought against Mooney thus far, but wants to see them carried through.

"I just hope that these charges hold up," Cole said. "I hope that he doesn't get to cop out to something lesser that is just a slap on the wrist."

Cole, a New York City based photographer, described Mooney's racially charged comments as "heart-piercing" and something that will stay with him for the rest of his life.

“For four consecutive weeks, thousands of Philadelphians have been peacefully taking to the streets to demand equal justice and accountability for all institutions, including the Philadelphia Police Department, and have done so without wielding bats, hammers, firearms, or racial epithets," Krasner said.

The District Attorney alleges that police have too frequently turned a blind eye when aggressive counter-protesters have verbally and physically assaulted anti-racism protesters.

"During widely documented altercations in the Fishtown neighborhood and at Marconi Plaza in South Philly, anti-racism protesters and journalists have been verbally and physically assaulted, in direct view of law enforcement officers who have – by the numbers – made far more arrests of protesters and journalists than they have of these bat-wielding, assaultive, and threatening individuals.," Krasner said.

Krasner urged elected officials to protect journalists and protect free speech, adding: "Do what is right and deliver the accountability and the justice that the people demand."

Prosecutors say John Mooney repeatedly tells the photographer, a Black man, to “Get out of here, boy,” before punching him in the face. Mooney was arrested after the assault.

Earlier this month, a group of South Philadelphia residents stood guard around the Christopher Columbus statue in Marconi Plaza. The group, which included some armed individuals, was depicted in a viral social media video allegedly intimidating and assaulting a journalist.

In the following days, the originally uncontested group of protesters protecting the statue from vandalism were met by anti-racism protesters who denounced the Columbus monument. Police arrived on the scene to discourage a clash between the two sides and later cordoned off the area surrounding the controversial statue. At least two anti-racism protesters were arrested.

Since then, the statue of the controversial 14th century explorer has been boxed up by the city as officials and partners from the Philadelphia Art Commission decide its fate.