A Dallas man is charged with murder for shooting and killing an unarmed robber he believed was attacking two dollar store employees. After the shooting, the man stayed on the scene and spoke with police.

DALLAS - A Dallas man is charged with murder for shooting and killing an unarmed robber he believed was attacking two dollar store employees.

After the shooting, the man stayed on the scene and spoke with police.

Dallas police say 47-year-old Kevin Jackson was legally carrying the gun he used to shoot and kill 26-year-old Phillip Betts inside a Family Dollar on South Lancaster Road in Oak Cliff Tuesday night. He told police he was worried about the safety of the two employees.

The murder charge raises questions about when it is appropriate to step in and use deadly force.

According to an arrest affidavit, a female assistant manager recognized Betts as someone who frequently steals. She asked Betts to leave and to return stolen items from his coat. 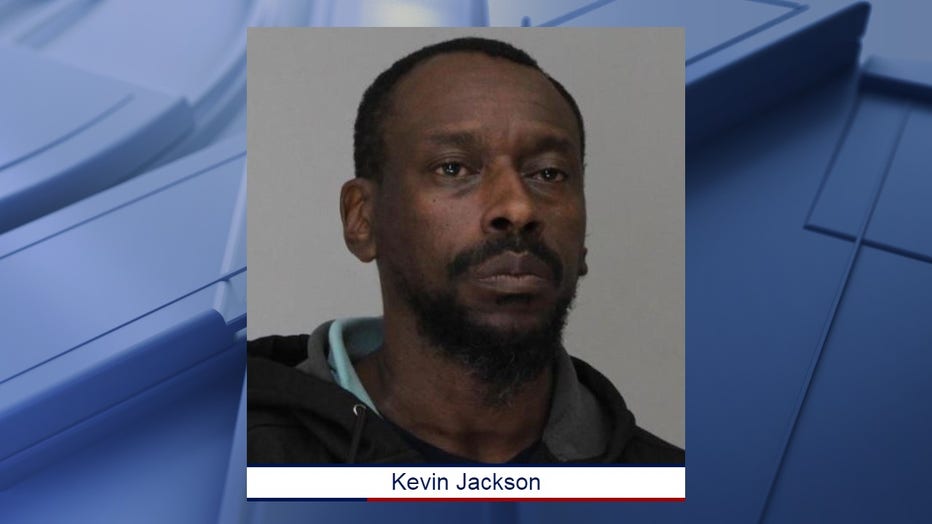 According to the affidavit, Betts tried to leave with the items, but the woman took his backpack.

Betts briefly stepped outside but returned, "striking her multiple times with his fists." Another female employee "intervened by spraying Betts with mace and trying to get him to leave."

Jackson, who police say is not connected to anyone involved, walked in and noticed the fight. And after watching for a moment, police say he pulled out his firearm, told the women to move and fired a single shot that killed the Betts.

Police say it was a legal gun.

Former prosecutor and now criminal defense attorney Robert Rogers is not connected to the case, but he argues it may have been legal for Jackson to shoot Betts.

"Just from looking at it, this guy was going about his business at the store and saw something that alarmed him, and he took action based on something that he really perceived was necessary at that time," Rogers said. "Based on the facts as I read them in this affidavit, I believe that’s a clear robbery where the person is starting to use force to enable him to complete the offense of theft."

Dallas police confirm it labels the initial offense as a robbery.

According to search records, Jackson does not have a criminal history. He waited for police to arrive and agreed to an interview at headquarters.

Jackson said he was "concerned for the safety of the two women" and aimed for Betts’ leg. It’s unclear where Betts was hit.

"Then it’s going to be up to a grand jury to decide whether they believe self-defense applies clearly or if they believe there’s probably cause that it doesn’t apply and that it should go to a trial," Rogers said.

According to the affidavit, surveillance footage shows Betts running toward the door being hit by both women before Jackson told them to move and shot Betts.

"Just know that at the time of the shooting, there was no imminent danger for a deadly force confrontation. Not at this point," said Dallas Police Sgt. Warren Mitchell.

No weapons were found on Betts, but police confirm stolen goods were on him.

Jackson is in the Dallas County jail. Bond has not been set.