The Springfield-Chamberlain family visits Good Day to discuss the benefits of the AngelSense app.

PHILADELPHIA - A Delaware County family says an app has given them piece of mind to know their special needs son is safe while he is at school.

Megan Springfield-Chamberlain and Chris Chamberlain visited Good Day to explain how she uses the innovative technology in her day-to-day life with their 9-year-old son Julian.

Julian, who was diagnosed with autism at 2 years old, is in the 4th grade. While he is non-verbal, he uses a communication device and sometimes tries to say letters.

When Julian was attending a daycare program when he was almost 5, Megan received a phone call from the school around 10:30 a.m. telling her that Julian wasn’t there and no one had seen him leave.

Julian had wandered outside and walked into a street before walking into a grassy area where he tried to climb a “stop” sign.

His disappearance prompted an Amber Alert and the school was placed on lockdown. Fortunately, someone found him outside.

Afterwards, an emergency meeting was held and safety procedures were put into place.

However, that incident prompted the Chamberlain family to seek out alternative methods to protect Julian.

They found an app, called AngelSense, which is a GPS child tracking device that allows parents to monitor and interact with their special needs children. 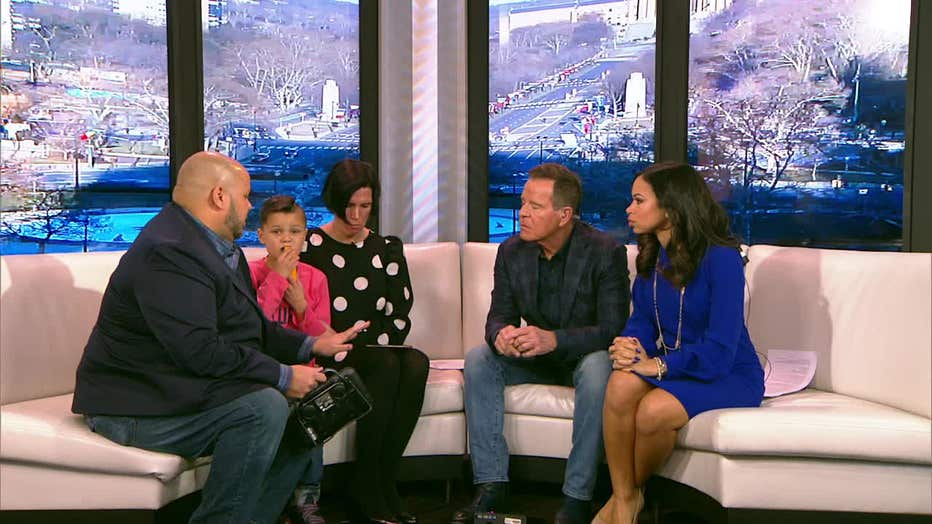 It works by attaching a wearable GPS device to the child’s clothing that then syncs to the parent’s phone and app.

Megan says that the app also helped ease the transition from preschool to kindergarten.

“They can hear us and we can hear them,” Megan explained to FOX 29’s Mike Jerrick as she gave a demo of how it worked.

Alex Holley was with Julian and his father, Chris, as the app displayed their location in the FOX 29 studio.

“We believe that every special child deserves to be safe at all times,” officials from AngelSense wrote on their site. “We also believe that they should enjoy a sense of security and always be well treated, and that's why we created AngelSense.”

For security, the wearable device is only removable with a key.

For more information, you can visit the AngelSense website.