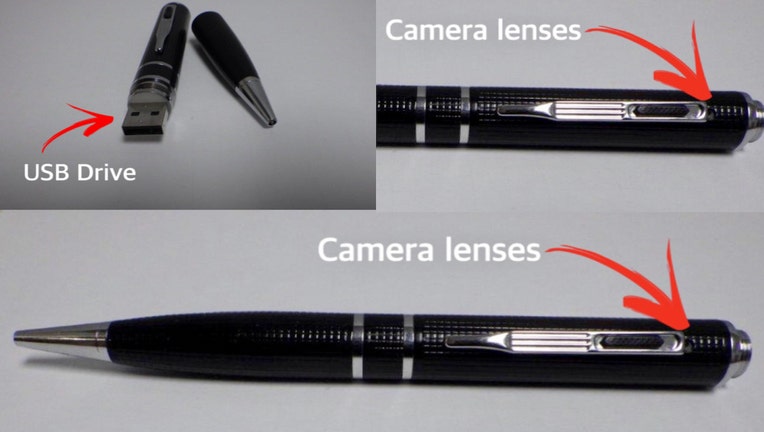 Joseph Stevenson is facing charges after police say he hid a spy pen inside at least two dressing rooms at the King of Prussia Mall.

UPPER MERION TWP, Pa. - A Delaware man is facing charges after police say he hid a spy pen inside at least two dressing rooms at the King of Prussia Mall and captured several people undressing.

Officers from the Upper Merion Police Department were called to the Hollister store inside the mall on July 3 after an employee reported finding a pen with a hidden camera inside one of the dressing rooms.

Police say the pen captured six women and one man in "various stages of undress" while using the dressing room to try on clothes. All seven victims have all been contacted about the investigation, according to police.

Authorities identified Joseph Stevenson, a Smyrna resident, as a person of interest and learned that he also visited the Urban Outfitters store in the mall.

According to police, an Urban Outfitters employee reported finding a similar spy pen inside one of the store's dressing rooms. The pen capture at least two partially clothed women who police are still trying to identify.

Investigators are in possession of both spy pens and have no reason to believe the images were distributed.

Stevenson was charged with Invasion of Privacy, Interception, Disclosure or Use of Wire Communications and Disorderly Conduct, according to police.

He was released on $10,000 bail and ordered to stay away from the victims and shopping malls.