Delaware officials have&nbsp;removed a whipping post that was historically used to hold people as they were publicly lashed for committing crimes. [Credit: Hunter Harmon via Storyful]

GEORGETOWN, Del. - Delaware officials have removed a whipping post that was historically used to hold people as they were publicly lashed for committing crimes.

The Delaware Division of Historical and Cultural Affairs will bring down the 8-foot (2.4-meter) concrete post located outside the Old Sussex County Courthouse in Georgetown on Wednesday and place it in a Dover storage unit with other historical artifacts, according to a statement issued by the agency Tuesday.

Officials said the post would be removed in response to calls from the community and “in recognition of the violence and racial discrimination that its display signified.”

“Such relics of the past should be placed in museums to be preserved and protected for those who want to remember the cruel, inhuman, barbarous acts perpetrated on our citizens,” said Reba Hollingsworth, vice chair of the Delaware Heritage Commission. 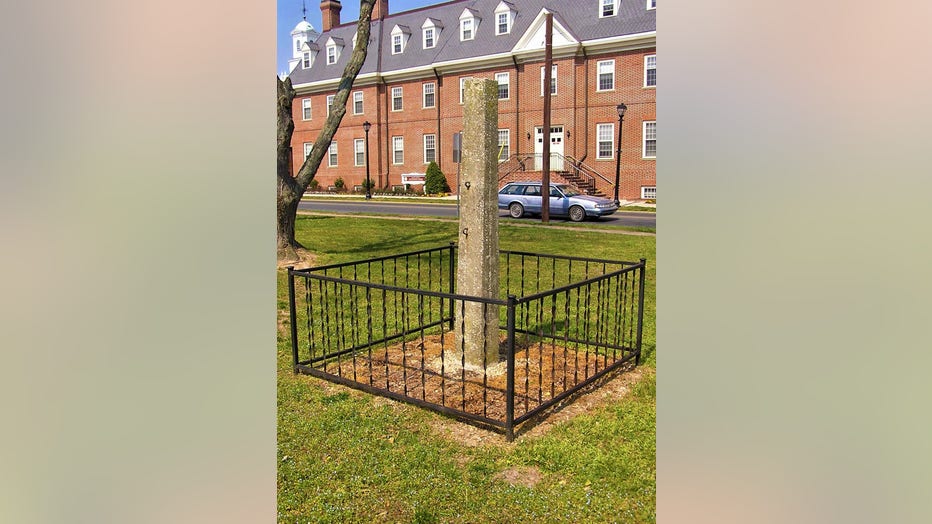 The state-owned post was put on display on the grounds of the courthouse by the Georgetown Historical Society in 1993, nearly two decades after Delaware outlawed state-sanctioned public floggings outside local jails and prisons. It was the last state to abolish the whipping post, news outlets reported.