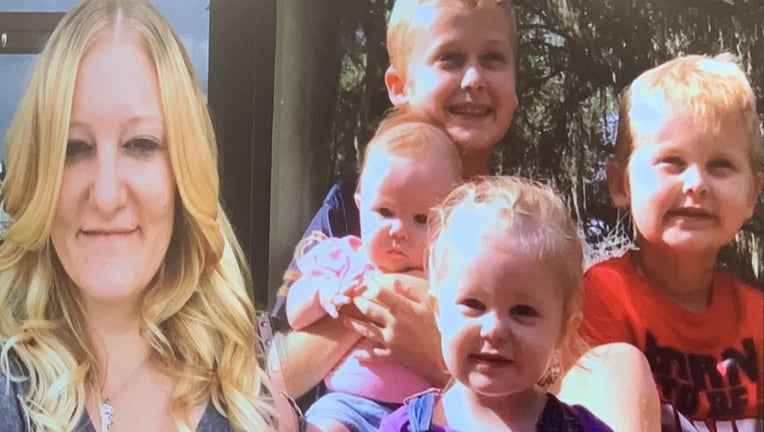 OCALA, Fla. - After finding the body of the missing mother, deputies believe they have found the remains of four missing Florida children.

Marion County deputies announced in a news conference on Monday afternoon that they have found  remains in Georgia believed to be the four missing children. Earlier that morning, they reported that they located their mother, 32-year-old Casei Jones, in Georgia. She was deceased when found.

Casei Jones' family reported her and her four children, 1-year-old Aiyana Jones, 2-year-old Mercalli Jones, 5-year-old Preston Bowers, and 10-year-old Cameron Bowers, missing on Saturday night. Her family had reportedly not seen or heard from her for about six weeks.

Deputies said that Casei Jones' husband, 38-year-old Michael Wayne Jones Jr., was located after a crash in Brantley County, Georgia. Casei Jones' body was found in the vehicle. He later led detectives to the remains of the four missing children.

Based on evidence located during the investigation and interviews with Jones, the Marion County Sheriff's Office believes that he murdered the missing mother and her children. A warrant has been issued for his arrest on the offense of Second Degree Murder. More charges may be forthcoming.

"Unfortunately, true evil poked its head up here in Marion County. That's about the only best way to describe it," said Marion County Sheriff Billy Woods. "As a father, as a parent, it breaks my heart. As a sheriff, it angers me to no end."

Sheriff Woods added that "Justice will be served upon him.  As far as I'm concerned, as the sheriff of this county, underneath the jail ain't good enough. He has no right to walk the face of this earth.  I hate to be him, when he stands before the Lord. Unfortunately, there's nothing I can do to bring those children back and how someone could do this, I do not know."

"We may not know why, but we will do our damnedest to learn how it was done," Woods said.