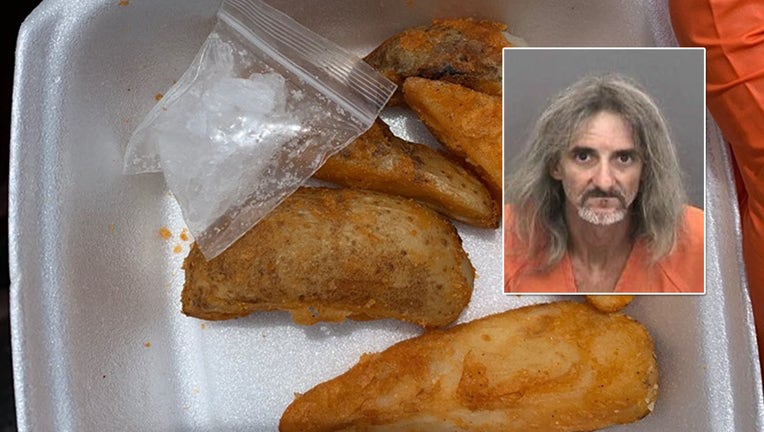 SEFFNER, Fla. - A Florida man wanted on a Polk County warrent had an additional charged tacked on after deputies say they found his meth mixed in with "hot, fresh potato wedges."

Hillsborough County deputies conducted a traffic stop Saturday afternoon and found 48-year-old James Simpson in the passenger seat. They said there was a warrant out for his arrest for failing to appear in court on a drug possession charge.

As one of the deputies searched the vehicle, they said he found six grams of methamphetamines inside the container.

"I'd like an order of potatoe wedges with a side of METH!" the office posted on Facebook.

Simpson was arrested and faces an additional drug possession in Hillsborough County.