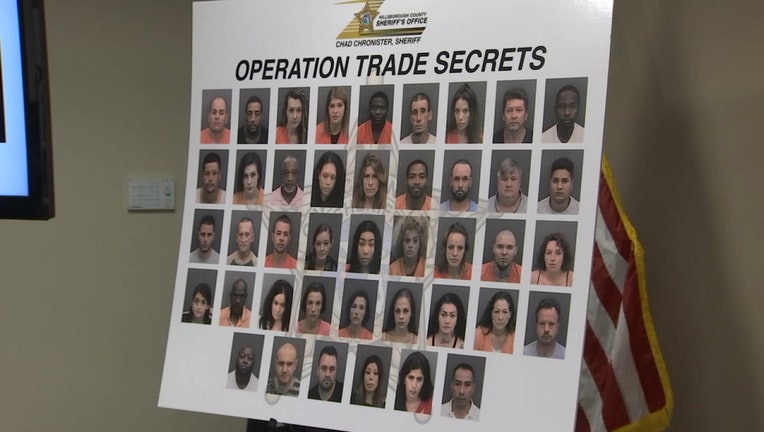 "The efforts behind Operation Trade Secrets will have no ending until human trafficking is stopped," the sheriff said. "Whether you live here, are vacationing or visiting for any of our large upcoming sporting events like Wrestlemania or Super Bowl LV, there is zero tolerance for this type of predatory behavior. Our message for anyone involved with the despicable practice of human trafficking: stop because we're coming for you."

Marcell Walsh, 40, is the only person facing a human trafficking charge after, according to deputies, a woman told deputies Walsh was forcing her into prostitution.

Chronister believes there may be many more similar cases.

"Do I think that more than one person that was being trafficked for sex? Absolutely, unequivocally, without a doubt," he said. "The only way to get the victims of human trafficking are to do an operation like this because you don't know who's there on their own free will and accord and who's being forced to have sex."

The arrests took place at hotels, motels, spa and massage businesses, strip clubs, and adult book stores throughout the county.

Chronister urges victims of human trafficking and anyone who knows victims to call the Human Trafficking Hotline at (888) 373-7888, the National Center for Missing and Exploited Children at 1-800-THE-LOST, or visit CYBERTIPLINE.ORG.