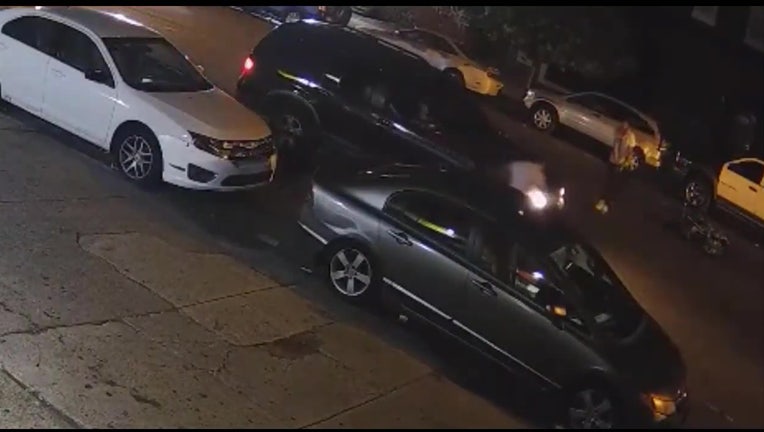 PHILADELPHIA - Philadelphia police say an arrest has been made in a deadly hit-and-run involving a dirt bike rider that left a 17-year-old boy dead.

On Thursday, officials announced that Kevin Rubio, 19, turned himself in more than a week after striking the teen.

He faces a number of charges including Accident Involving Death, Homicide by Vehicle, Involuntary Manslaughter and related charges.

The incident occurred around 10:30 p.m. back on Sunday, May 15 in Philadelphia's Fairhill neighborhood.

Police say Rubio was riding a dirt bike going eastbound on Allegheny Avenue at a high rate of speed and performing wheelies when the bike struck 17-year-old Jesus Gomez Rosario.

Rosario, who was riding a skateboard at the time of the incident was taken to Temple University Hospital with severe injuries. He succumbed to those injuries in the hospital two days after the crash, according to Philadelphia police.

In the aftermath of the crash, police released several surveillance videos from the incident in an attempt to identify the rider.

Rosario's family says he aspired to be a pilot after he graduated from Esperanza Charter High School next year.

A 17-year-old boy has died days after police say he was struck by a dirt bike rider who was doing wheelies down a Philadelphia street. The victim was riding a skateboard at the time of the crash and the dirt bike rider left the scene.