WEST PHILADELPHIA - A hectic scene erupted in West Philadelphia late Saturday afternoon when a woman loses control of her car and plows into two people. But, in that moment of chaos, several good Samaritans stepped up to help save a life. 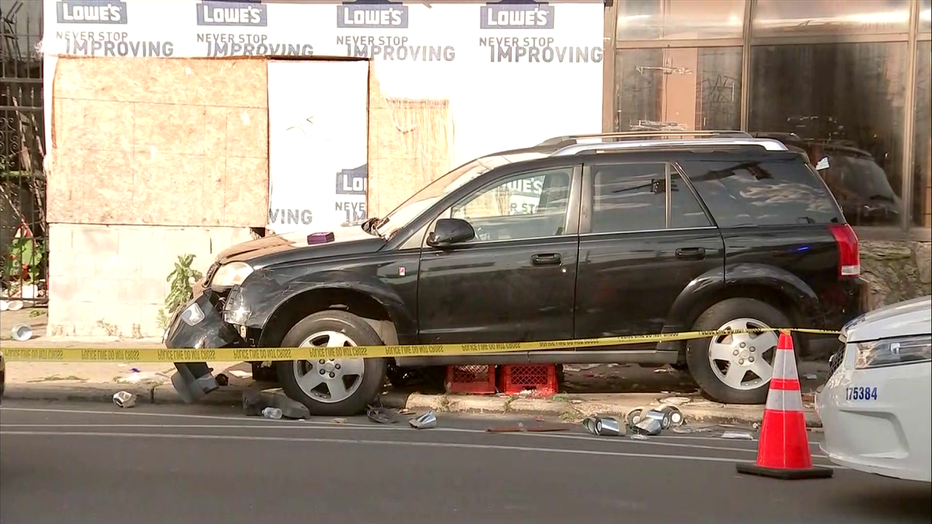 “We heard the metal crashing and what was it, it was the car hit some cars. She lost control and came across the corner. You can see the airbags deployed. She was in distress and they said somebody was under the car. People responded,” said witness Traci Reid.

A nightmarish accident, unfolding at the corner of 53rd and Spruce Street in West Philadelphia as a street festival and parade was coming to a close nearby.

“When I was standing here, the car turned and jumped the corner, so we ran over there,” witness Nathan Hicks described.

Across the street, the SUV, up on the sidewalk, after it struck two people, one of them was pinned underneath the vehicle.

“Out of adrenaline, we just lifted up the car toward the back,” Hicks added.

“She was underneath the van and all the guys on the sidewalk  ran over and they was pulling up front, lifting up the hood to get her out from under there,” witness Darlene McCauley explained.

Police say the victim had been selling jewelry on the sidewalk when the car rounded the corner and plowed into her and another woman who was standing nearby. 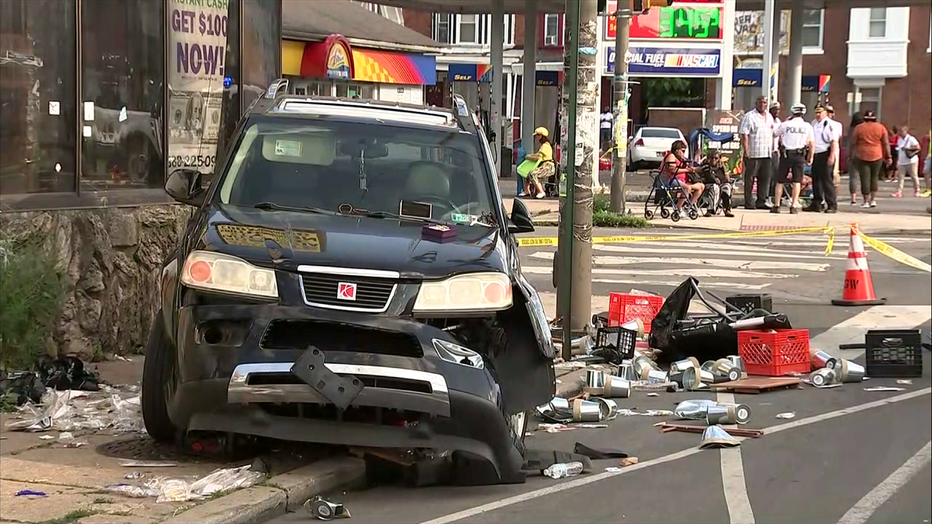 “They broke the bumper, lifted the car and got her out,” Reid added.

Emergency crews arrived to help the victims, who witnesses say were in bad shape.

“She was bleeding from her head, her face, her hand. Everywhere. She couldn’t move her back,” McCauley said.

Police on the scene directed traffic around the accident site. The street had been crowded with people from a Juneteenth celebration blocks away. People say they knew the elderly female driver, felt badly for her, but they also knew the victim.

“The lady that sells the jewelry – that’s why all the jewelry was on the ground. She is well known in the community,” Reid said.

Police are investigating the cause of the accident and some on the scene called the bystanders heroes for lifting the vehicle off the victim. Both women were transported to Penn Presbyterian Medical Center and listed in stable condition.