ST. PETERSBURG, Fla. - Monday was big for Ken Koenig. The South Carolina man now has the Tampa Bay Rays on the list of teams he roots for. The 57-year-old threw out the first pitch at Monday night’s game.

“I’m excited, I’ve always been a baseball fan,” he said. 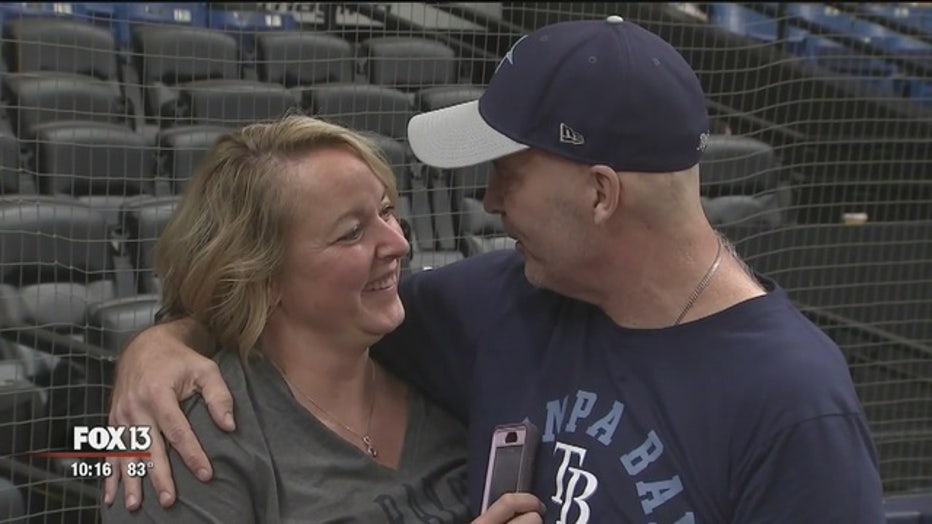 And it's one he almost didn’t get to have.

Back in December, Ken hit his head while working around the house. When the pain did not stop, Ken’s wife, Robin encouraged him to see a doctor. At the local hospital, they discovered he had glioblastoma, one of the most aggressive forms of cancer.

“They told him we had probably three months,” said Robin.

After getting that devastating news, things moved quickly.

Thanks to family in the Bay Area, Ken got a second opinion, and days later was at AdventhHealth Tampa having brain surgery on the tumor. 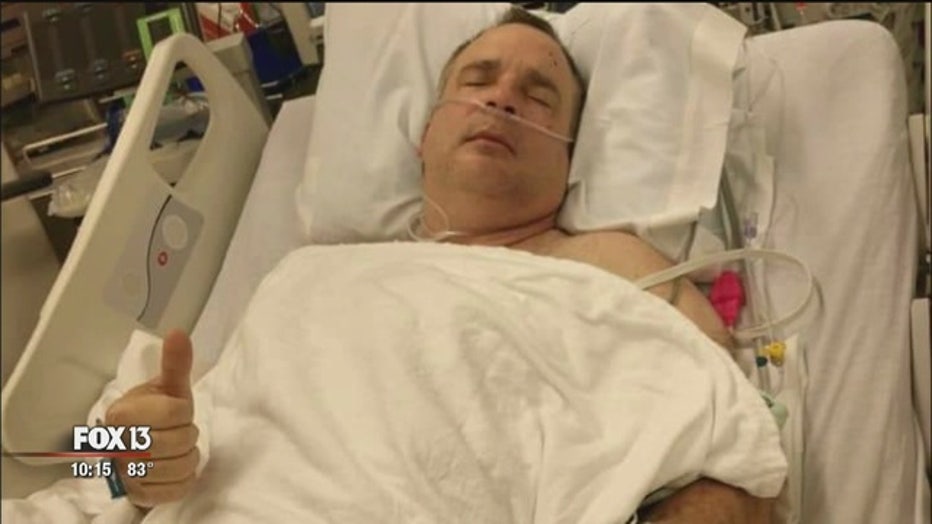 “The only thing I wanted when I got out of surgery was, I said I want to see my wife and my kids one more time,” Ken said.

Dr. Raul Olivera was able to perform the complex procedure thanks to robotic imaging technology.  Using a Synaptive machine, he has a 3-D view of the brain during surgery.

FOX 13 News spoke with Olivera last March after he completed one of the first surgeries in the world using the device.

“With this new technology we can have the best imaging, the best views, and the best ways to operate on our patients in the brain, the spine, in ways we could not before,” Olivera explained.

Monday evening, the doctor was there with Ken sharing the happiness of the moment, and the fact the father of five has a fighting chance.

“He continues to amaze everybody,” said Robin.

“We’re just making progress day by day and if there are little successes every day then that’s what we want,” Ken said. "You know, this is going to be going on for the rest of my life.”

Olivera was able to remove about 60% of Ken’s tumor, and recently it has been shrinking.

Unfortunately, there is no cure for glioblastoma.