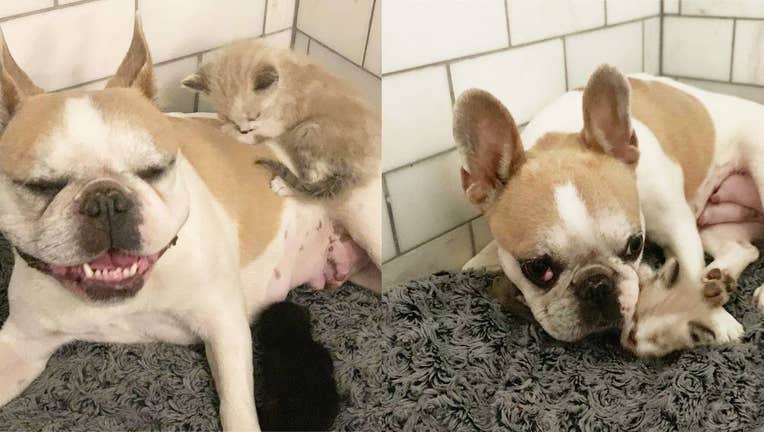 GILBERT, Ariz. - A grieving dog who lost her puppies found happiness again by taking in and mothering abandoned kittens.

Emily Barton, the owner of Sweetz Brew in Gilbert, shared on Instagram how her Frenchie, Darla, gave birth to stillborn puppies.

Barton said Darla went into labor last week only to birth two stillborn puppies, then have a third surgically removed. This caused Darla to become visibly depressed, which Baton says was heartbreaking to watch.

After unsuccessful attempts to cheer Darla up, Barton said she learned of a baby kitten that was abandoned. She brought the kitten home, and Darla immediately jumped into mom mode, giving the kitten nothing but love!

The experience with the first kitten went so well, Barton agreed to take in another abandoned kitten, who Darla is also mothering.

Barton says she plans to keep the kittens until they are grown and weened off of Darla's milk before finding them a good home.