The dog, named Roleaux, was found dead inside the truck due to apparent heat exhaustion, authorities said.

BATON ROUGE, La. - Authorities say a woman in Louisiana allegedly stole a truck with a dog inside, and once the vehicle was located, the dog was found dead from apparent heat exhaustion.

Authorities said a man went into a Baton Rouge-area store on Sunday and left his black Toyota Tacoma running with his dog “Roleaux,” a Labrador Weimaraner mix, inside the unlocked vehicle. 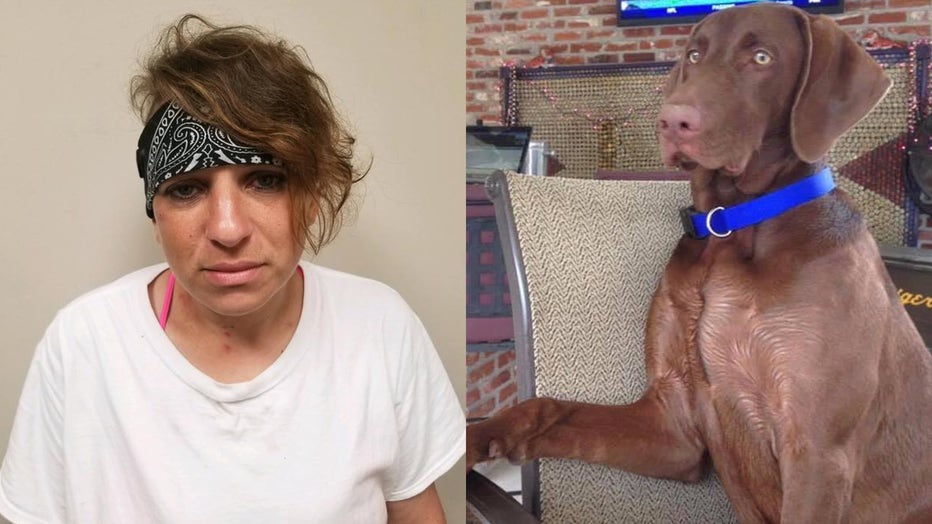 Aguillard allegedly jumped in the truck and took off, according to the sheriff’s office. The man attempted to stop the suspect, but she allegedly pulled away.

The man was reportedly hit with the truck door and dragged about 20 feet, WAFB-TV reported. He was hospitalized with two fractured hips as well as other minor injuries, according to the East Baton Rouge Sheriff’s Office.

On Monday, sheriff’s deputies located the stolen truck in the 400 block of South Sherwood Forest after a witness to the original incident saw a woman matching Aguillard’s description walking down the street and called police.

Roleaux was found dead inside the truck on Monday afternoon due to apparent heat exhaustion, authorities said. Weather forecasts showed the area reaching temperatures of 95 degrees Fahrenheit on Sunday and Monday.

Aguillard was arrested on Monday, the sheriff’s office said.

“I’m heartbroken for Roleaux’s family at this tragic outcome,” East Baton Rouge Sheriff Sheriff Sid Gautreaux said. “Praying for the victim’s speedy recovery and for healing for their entire family.”