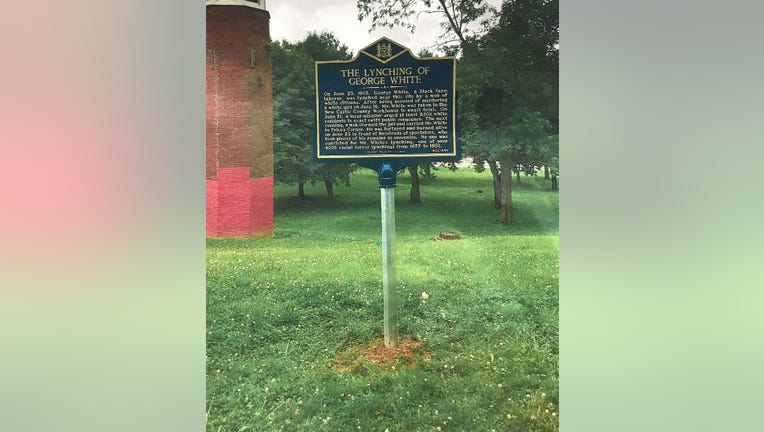 WILMINGTON, Del. - Private donors have pledged to replace a memorial plaque dedicated to a lynching victim that was stolen in Delaware.

A person last week noticed the marker to commemorate the lynching of George White was missing. White, a black man, was accused of raping and killing a white woman. A mob lynched him in 1903.

The memorial organizers say they began raising funds for the new, $2,200 marker shortly after the original disappeared.

Delaware authorities offered a $2,000 reward as they investigated.