Dr. Oz reunites with the man he helped rescue

Dr. Oz saved a man's life after he suffered a heart attack at the airport. They reunited on Good Day New York.

NEW JERSEY - A man who went into cardiac arrest at Newark Liberty International Airport was saved due to quick work by Port Authority Police Officers and Dr. Mehmet Oz, who just happened to be in the airport at the same time.

It happened at approximately 11:07 p.m. Monday night in the baggage claim area of Terminal C.  Oz's daughter, Arabella, alerted him to the situation and he ran over.

A man had fallen and hit his head on the ground.  Dr. Oz says a small pool of blood formed around the man's head.

"He was purple, like the color of an eggplant," Oz said in an interview on Good Day New York.  "And I couldn't get a pulse so I realized he had suffered what we call sudden death."

Oz rolled over the man and noticed that he had a scar on his chest from heart surgery.  He started giving chest compressions. 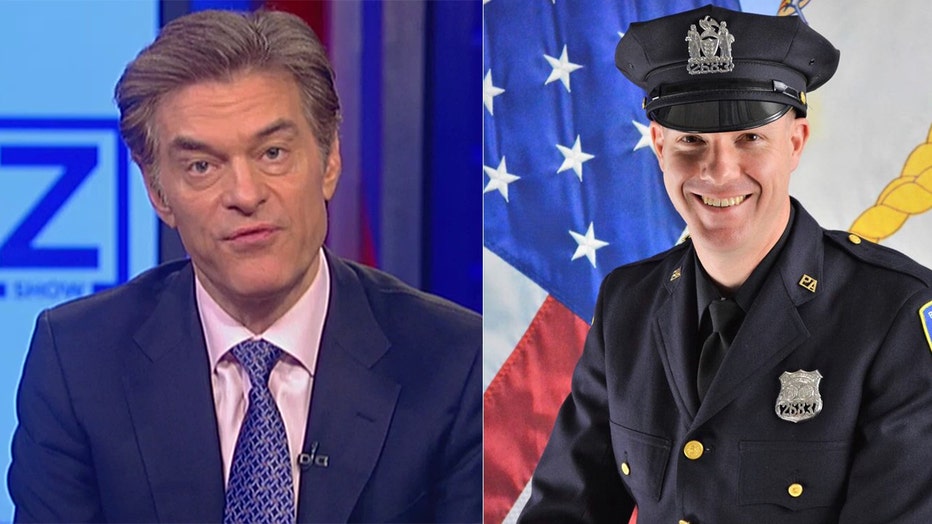 That's when he says Port Authority Police Officer Jeffrey Croissant came up and volunteered to help give CPR.  Croissant had been trained but had never provided the aid to a human.

Croissant gave chest compressions as Oz worked to clear his airway and provide air into his lungs.

Other officers arrived with a defibrillator and Oz says he used it until the man's pulse came back.   The man started breathing on his own and was conscious by the time he was loaded into an ambulance.

The 60-year old New Jersey man was taken to the hospital in intensive care.  Dr. Oz says he has talked to the man's wife and she says he is doing "remarkably well."

Officer Croissant said he didn't recognize Dr. Oz saying, "everyone wears masks" and "what better help to have than a cardiac surgeon?" after realizing Dr. Oz was his help.

The incident happened during CPR Month.  Dr. Oz wants everyone to at least know the principles of CPR because he says you could save the life of a loved one.

This isn't the first time Dr. Oz has saved a life outside of the operating room.  In 2013 he helped a man who collapsed during a 5K race in Utah.  Also in 2013, he helped a tourist who was hit by a cab in Manhattan.